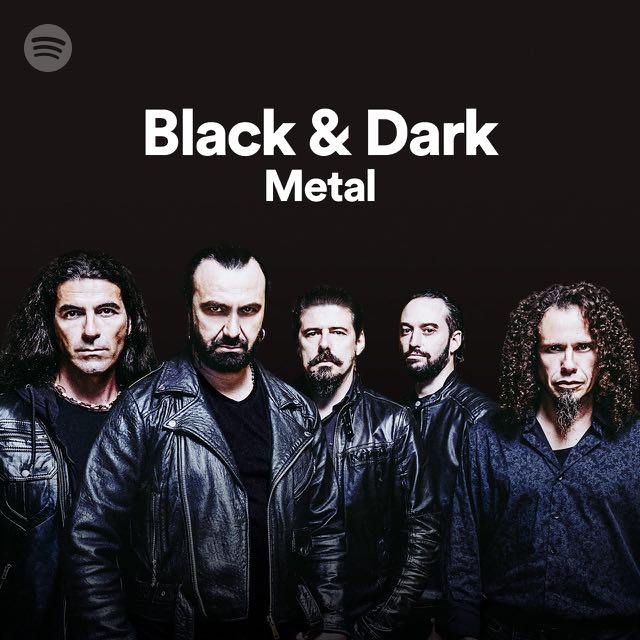 Formed in 1992 in Portugal, MOONSPELL became a key player in the gothic metal scene [and beyond]. Since the start they keep releasing first class albums, deliver great shows and still are driven. HeadBangers LifeStyle contacted founder/singer/songwriter/entrepreneur Fernando Ribeiro shortly before they played a virtual show in a small venue in front of super enthusiastic people and spoke about their latest album, his thoughts about the end of Moonspell, lyrical influences, staying sane in these uncertain times, the influential album ‘Irreligious’ [released 25 years ago], starting his own publishing and records company and more.

Fernando, first of all, back to the release of Moonspell’s 13th album ‘Hermitage’ in February of this year. How weird was it to release an album, that was so important for you, knowing there was no chance to promote it live?
,,People outside the band just think about music as a product that we must be on the road promoting, otherwise it makes no sense. Some bands, fewer than many, beg to differ. Recording and releasing ‘Hermitage’ during the pandemic might have been tricky, even “senseless” according to the line of thought underlying your question, yet for us it made a lot of sense and brought relief and times of grace amidst a stupid chaos of sickness and lack of empathy. Due to people being at home, we had our best month of sales ever on Napalm Records.’’

Fighting to be authentic

Have you considered to postpone it?
,,I think I have answered that already. You could put your life on hold, right, Moonspell couldn’t afford to do so. If there was a way to pull it, we would pull it and here we are.’’

,,Everything has an end and so will Moonspell, no big deal.”

In the biography it says that the band is in the twilight of their career. How does that feel? How do you coop with that?
,,I am basically tired of putting up with fighting to be authentic and have people bitching all the time about us either changing or not changing enough. It’s been hard to be in a scene that pushes us around all the time and favour other bands who play by the rules. How do I coop? Everything has an end and so will Moonspell, no big deal.’’

I read a review in which somebody said Moonspell wrote the soundtrack to this pandemic. Nicely said, but was that the plan? If not, what was the plan?
,,I started with the first lyrics in 2017 and the guys went along writing some songs like ,,Entitlement’’, ,,The Hermit Saints’’ etc. So basically there was not a pandemic in sight when we started to compose and gather ideas on an album that would been set upon notions of social distancing, solitude, lack of empathy and/or communal efforts, the me, myself and I culture.

We were writing about a sanitary distancing, yet about a more than evident lack of authentic connections when compared to all the connectivity we fall under every living minute. Then Covid came and you could have made a flute album about bald penguins that people would connect to the pandemic somehow. It’s just the zeitgeist and the media has made a wonderful job in not talking about anything else, thank God for the Euro 2021!’’

You described the album as a ‘midlife crisis’ album. Why?
,,I make no mistakes about it. Most fans and bands want to keep Metal young and fresh, sing about dragons, pirates, war, vampires or some weird pseudo-science topics. Moonspell and ‘Hermitage’ reflects our age and time, it’s adult, it has grown a beard, it doesn’t talk about fairy tales, it’s getting old as we all are and we make no illusions about it. So is your music: a soundtrack to where we stand.’’

Over the years you’ve ‘lost’ many members, the last one being your drummer Mike Gaspar. How did you manage to preserve that ‘typical’ Moonspell sound and appearance?
,,If anyone got lost it was them, not us. Our ex-drummer posed a lot for the pics that’s right. He was a fan pleaser but never wrote a single note for any Moonspell songs, so I guess it was an easy task for us to move on. As far as visual goes, we don’t want bandanas anymore or rock and roll tongues out. We want discreet photos that allow the music to do the talk.’’

The disintegration of human values

How did the last year influence your look on life?
,,Not a bit. COVID just accelerated the disintegration of human values to the point of no return. That’s a huge part of the dimension of this pandemic. Our lack of empathy has tremendously helped the virus to spread, and the decisions made in the name of safety, those we will pay for dearly.’’

What does it do with your mental state and how do you deal with it? Is there an outlet?
,,With all the rules and precaution imposed on me I never stood still. I was the designated shopper and caretaker of my family, so I had my wife and son to take care of, buy them food, cook for them, help with online school. Made myself useful rather than sitting in the dark with a Jack Daniels bottle, complaining about life. I wrote a novel that is now out in Portugal, I recorded and released an album, went to the gym or worked out online, went for walks, cleaned my kid’s room, my office, read a lot of books, heard a lot of vinyl records, went for swimming when pools opened. There was a lot to do other than bitch about COVID or being at Facebook reading fake news.’’

How do you stay physically and mentally healthy in these days?
,,See above. Oh and answering interviews of course [big smile].’’

A cool balance between Gothic and Metal

It is 25 years since the release of ‘Irreligious’. Did you have the idea back in the days that you created something timeless and influential?
,,Of course not. We knew that we felt we evolved and wrote a more homogeneous and hopefully better written than ‘Wolfheart’. When we finished working on songs like ,,Full Moon Madness’’ or ,,Mephisto’’, we realised we maybe reached a cool balance between Gothic and Metal. Then we went to Century Media, and they said that the club DJ’s were crazy about the song ,,Opium’’. The album was released on July 29th and for the first time we charted in Germany and stayed there for 8 weeks. We had a bet with our ex-manager that for every week we clanged to in the charts, he had to pay us a meal at the local Portuguese restaurant, which he did. Those were our concerns and reality, nothing of the timeless and influential sort.’’

What are your fondest memories of that era?
,,Freedom. Dynamo Open Air. Smoking weed in the bus. Being able to kiss a girl without getting your life destroyed. Travel to Poland in a van listening to Fields of The Nephilim’s ‘Earth Inferno’. Tuna baguettes in Dortmund. Touring with Type O Negative and watching all their shows on that tour after we were done with our set. Hanging out in Holland with our posse. The real feeling, the real people.‘’

To promote ‘Hermitage’ but also celebrate the 25th birthday of ‘Irreligious’ there will be a live stream event where you will play both albums in whole. When did you decide it would be a good idea to do a live streaming?
,,I don’t think streaming are good or bad on themselves. It’s not about what I think but about what’s possible to be done to still be on the fans’ radar and keeping “the flame alive” even through a screen, at a distance. Some people like it, They dance in front of their TV set, they have a drink, play with their dogs, or share their fave bands with their kids. I don’t know. I watched a couple of streams, like Cradle of Filth, Emperor, obviously it’s “not the same” but we really can’t blame fans and bands for trying, can’t we?’’

Do you have any idea when you will be back on the ‘real’ stage, in front of real people?
,,We never played any show without a crowd even a small one. Shows were allowed here and there and us and the fans grabbed any opportunity we had even though a lot of times was such a big fight.’’

Not that long ago you founded Alma Mater Records and Books. What made you decide to start your own record label? What is your goal?
,,Distributing Moonspell in Portugal and taking proper care of our back catalogue was what brought us together first. Then we had the chance to license some titles like Tiamat or Paradise Lost which also helped to tell our musical story and to get the fans to know where we come from musically. Next step was to sign and promote some Portuguese Metal bands. So far, we released stuff like Okkultist, IronSword, Inhuman and will do the new records of Thragedium and Dawnrider, all amazing Portuguese bands. Our plan is to take care of Moonspell properly, back catalogue and national distribution. Also have some of our favourites back on vinyl and help Portuguese talent.’’

Does this also have to do with the mentioning of the bio in which you said that the band was in the twilight of their career?
,,Maybe. But it’s too soon to have a B plan. We still have a lot of dust to eat with Moonspell, yet we won’t be Iron Maiden or Black Sabbath, that’s a sure thing.’’

Is there something you still want to achieve with Moonspell?
,,To entertain with dignity.’’

Thank you for your time, stay safe and stay healthy.
,,Thanks Ron, all the best!!!’’