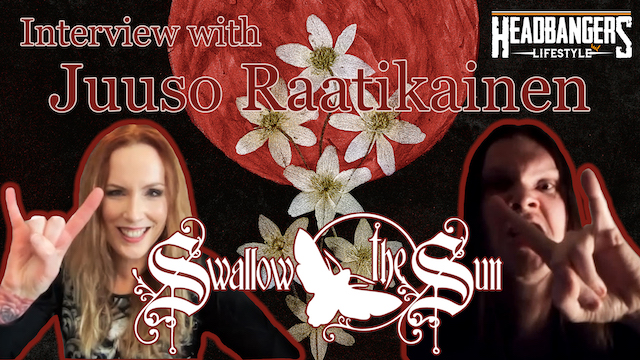 In this online interview HeadBangers Lifestyle’s Lilo talks with Swallow The Sun drummer Juuso Raatikainen about the new studio album `Moonflowers’ [out 19 November 2021 via Century Media], the emotional journey of the band, being the drummer, motivation, success and tour plans.

Swallow The Sun is a Finnish atmospheric doom metal band, formed in 2000 and released their debut ‘The Morning Never Came’ in 2003. `Moonflowers’ is their 8th studio album and yet another downhearted triumph for the band.