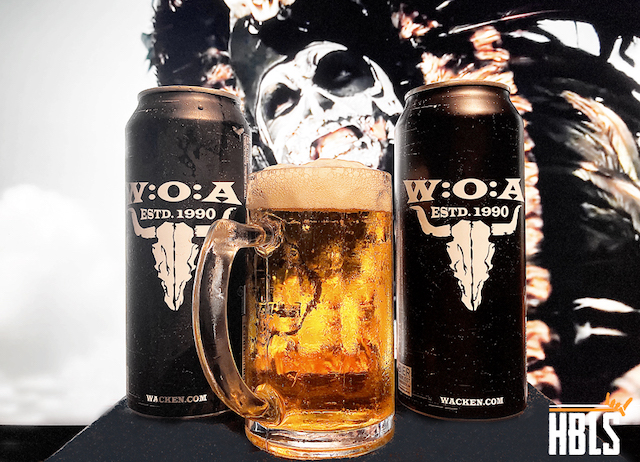 This I came across two years ago already, and with a pandemic hitting the globe and the festivals, it went off my radar for review. As 2022 is at full swing, and festival season is pilling the loudest hardest and fastest festivals upon one another, the return of one of the biggest Heavy Metal festivals is on the final countdown. Northern Germany will shake on its foundations again with the return of the infamous Wacken Festival. The festival that became benchmark as the ultimate metal experience, following the giant footprint of the long-gone cult festival Dynamo Open Air. Wacken, Headbangers Open Air, Bang Your Head, and many others filled the German void after its demise. One grew exponentially: WACKEN OPEN AIR!

Let’s put one thing straight: I’m talking German festivals, not discarding the likes of the magnificent French Hellfest Festival, Sweden Rock Festival, Alcatraz Festival, or others, but merely zooming in on the festival that has grown to be an annual pilgrimage for metalheadz all over the world. The place to be… The happening hell!

No, since it’s towering climb, the festival has been building its name and fame. With Thomas Jensen at the helm of W:O:A there’s little that can go wrong. His team has steadily developed their formula and crystalized it in numerous branches, from collaborations between merchants and vendors, all the way to exclusive collaborations with companies such as the skin/tattoo guard of Skin Stories, and of course…. Krombacher.

The latter is one of the highly acclaimed traditional breweries in Germany. Based in the hillside of the wonderful Westfalia, it draws its brewing water directly from the mountain spring. Soft and low on its minerals, it creates a perfect Pilsner with hops and malts flourishing over a distinct crispness and smooth bitterness.

Krombacher also follows the established Reinheitsgebot in brewing their range of beers. This particular Pilsner is no exception. In all honesty; I believe Krombacher, as official supplier of the Wacken Open Air Festival, merely rebranded their cans for the occasion. I cannot distinguish the difference between a regular Krombacher and this Wacken Open Air version.

But the way they rebranded this can is in line with the expected delivery. Featuring the Krombacher logo and name on one side, with nifty honeycomb detail in silver, it transfers the metal and white into charcoal black smears on the left. The transforming background features the basic information of the beer and its barcode, as well as the ingredient and brewery info.

Turning further in this counter clockwise direction, you get to the W:O:A side of the can. Matte black, charcoal finished with silver stars and smears that give it the Heavy Metal look needed. The skull and horns dominate the front with the W:O:A logo between its horns. It is pale white, contrasting with the deep black matte… perfect. ESTD. 1990; the established Wacken date under de name, and a tiny Wacken.com website direction on the low end of the can. Simple, yet very effective.

Of course, this can draws immediate attention once shelfed. Rockers & metalheadz will instantly get drawn to it. Choose between a regular Pils and this Wacken can is a simple one. No exception, not a chance in hell you will pick up another Pils. With the clock counting down and the festival happening in only a couple of days from now, it is the perfect backpack filler to make your way to the campground [note: by the time this article is published W:O:A is already in action.]

The W:O:A beer, like I said, is a rebranded can of traditional Krombacher. The beer is golden with medium carbonation. Bubbles swirling and creating the nice foamy head. Pretty standard, yes. But also, a true metal beer, coming from this elusive can. The beers smell is typical for German Pils. It immediately hits with the typical grainy malts and bread-scent. Very Pilsner. Some remote herbal hops are present.

It’s an easy drinkable beer with medium carbonation and herbal notes. Pleasant in the mouth and crispy light overall. The bread scent transfers into the taste accordingly, with the grainy malty body for longer lasting light to medium bitterness. Little bit dry, but refreshing. Its earthy, biscuity taste is well balanced with the herbal hops, giving it a longer lasting aftertaste. All in all, the beer one expects from this well-known and established German brewery. And it is all about the experience, of course…

I expect this can being the benchmark beer at the campground. With Wacken pouring its beers from tap, the W:O:A will be present at the festival ground on all refreshment boots. Flowing in large streams of gold, the beer will be the wave of surf for spectators enjoying their favorite band(s). Horns up, beers in the air, enjoy your dose of beer and music. Judas Priest, Slipknot, Arch Enemy, Behemoth and many others will make you celebrate and party hard. WOA….WHOAAAHAAAAAAAA!