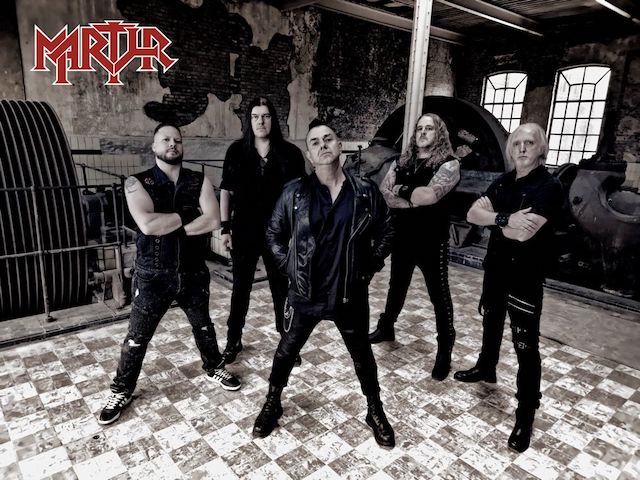 It’s a period of grief & sadness. Traditional heavy metal bands have almost become extinct. Some of the founding fathers of the hard rock & metal scene unfortunately have walked the stairway to (heavy metal) heaven in years gone by.

A vast majority of bands fail to release convincingly strong albums since the mid-Eighties and others have already announced their umpteenth farewell tours. Bands that rocked back in the days are no longer delivering the goods…

This very day, there are no pretenders to the throne of conventional heavy metal. But there’s still hope for the future! The members of the renowned Dutch band MARTYR travelled through time and space in preparations of their new album which is the successor to their notorious ‘Live In Japan’ album which was released in 2019.

During the 40 years of their existence, MARTYR have always been battling unorthodox styles such as nu-metal, screamo or slam death metal. MARTYR therefore is a band you can always rely on to put out a solid as FUCK heavy / speed / thrash metal release.

The ten tracks show a variety of impassioned eargasms which correspond to different styles that are firmly rooted in the Eighties heavy metal scene but with a contemporary twist and production. On this release the Dutch metal legends MARTYR will prove they are stronger than ever before and haven’t lost any of their relevance  Pre-sale has been started.

WELCOME TO PLANET METALHEAD, YOUR CRUSADE HAS JUST BEGUN…