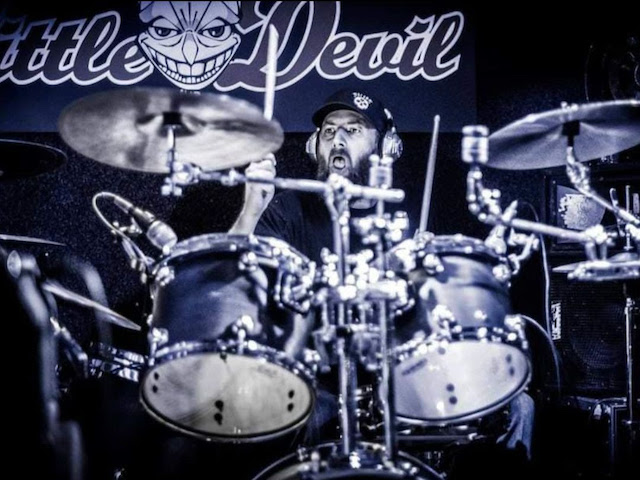 Hereby we would like to inform you the Dutch metal legends MARTYR have undergone a line-up change. On behalf of the band, guitarist / founding member Rick Bouwman states: “Unfortunately Rick Valcon recently informed us he made the decision to lay down his drum activities. We like to thank Rick for over 4 years of dedication and all the  good times we shared in MARTYR. We are however very fortunate to inform you we already found a killer replacement in Elwin ‘Hellwin’ Molenaar”.

The new kid on the block already started playing drums in his teens and has gained a lot of live- and studio experience throughout the years in acts such as Crucified Corpse, Her Enchantment and Thronar. Current other bands where Hellwin is involved in are Deem Index (melodic death metal) and The Banned Buskers (bluegrass).
Molenaar: “I see myself as a drummer that does what needs to be done to the best of my capabilities, without any over the top drumming”.

Please welcome Hellwin Molenaar and watch him pound some metal and hear him raise some hell on the upcoming MARTYR shows:

More shows in The Netherlands and abroad will be announced soon.