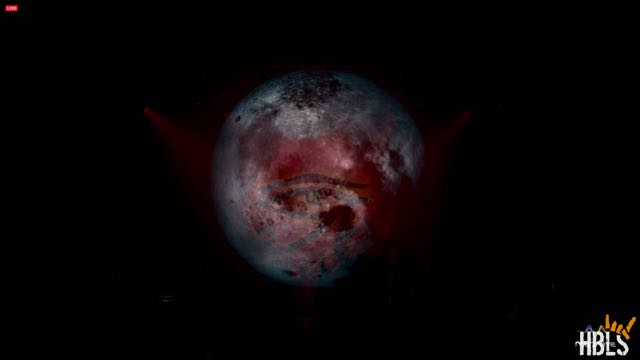 A while ago Portuguese rock band MOONSPELL announced to do 2 hybrid live shows. One show to celebrate the 25th anniversary of the album ‘Irreligious’ and a second show, a day later, to present the latest album ‘Hermitage’ in its entirety to a live audience in Lisbon and the worldwide viewers from all over the globe.

Since I’ve seen quite a few live streams lately, I was curious how a hybrid show would turn out. It turns out Moonspell took the chance to have two ‘normal’ live shows broadcasted by the munin.live platform. I think the fans of the band should be grateful that they took the trouble to put on these special shows. First because it was great to see a band on stage again with an audience, although sitting down and with mouth masks, but still. The hall looked wonderfully filled on both evenings. That must have been amazing for both band and fans. And second to live broadcast those events.

The stream was very steady which is a big plus. The sound could have been better, especially during the first two songs on the first night the band could hardly be heard and singer Fernando Ribeiro was too much at the front of the mix. Fortunately that was corrected during the second song.
What was striking, was that the sound was much better during the 48-hour stream that could be viewed later. As far as the stage lighting was concerned, I think they could have put up some extra lights for the broadcast part. A lot of lights came from behind the stage and that sometimes made the whole thing a bit dark.

Enthusiasts of the first hour will probably have gone crazy with this performance of the complete ‘Irreligious’ album and although the songs were played excellently, I did find that some songs survived the test of time a little less.
Personally I think the band missed the opportunity to include guest musicians. For example a singer who could sing the female vocals live during ,,Raven Claws’’. And because the band actually had very little interaction going on, the whole thing came across as a bit static.

Furthermore, the audience was mainly addressed in Portuguese and very little in English. And since my Portuguese is quite rusty I couldn’t get further than understanding ’OBRIGADO’.

During the encores keyboard player Pedro Paixão made his first appearance on rhythm guitar since 2014. And also the list of the chosen songs for the encore consisted mainly of songs the band does not regularly play live. All in all a nice chance for the fans to catch some older songs live again.

On the second night, little had changed in the set-up of the show. The audience was still addressed in Portuguese and the lightning and sound was similar to the first night.

What struck me most was that 25 years after ‘Irreligious’, the band has a seriously progressed into a different musical approach. Singer Fernando nowadays uses his grunting abilities a lot less and the songwriting has shifted from Gothic Doom Metal to a more Metal Progressive with a slight Psychedelic approach. A direction that I personally can appreciate more. And I think that was also visible with the band’s performance who seemed to feel more comfortable than on the first night. So my preference goes to the second night.

What I really think is great is that Moonspell has taken the trouble to put down two completely different sets on both evenings. Except for the classic ,,Alma Mater” which of course they played on both nights.
Did I see two perfect live shows? No definitely not, but I think the band has already earned enough credits for making these shows available to the worldwide fans and it was surely enjoyable to see a band performing in front of an audience again.

For the moment there is no better option than this, but luckily the festivals are coming up again and with that the hope to see bands live in action again. That will be a world of difference.