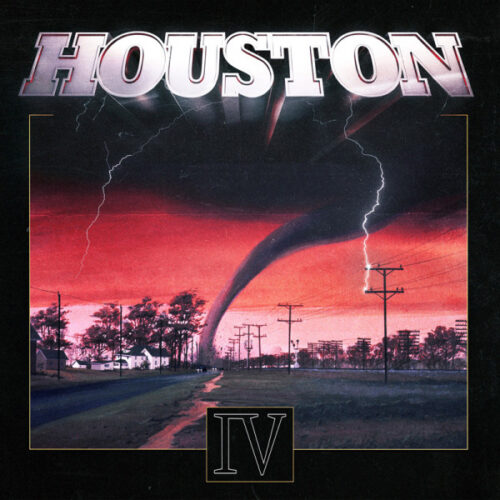 Although the band name might suggest otherwise, this band comes from Sweden. They have been around for a decade or so now. In the first years guitarist Tommy Denander and keyboardist/song writer/producer Ricky Delin were involved with the band around vocalist Hank Erix.

After their self-titled debut (2010) in 2011 the album ‘Relaunch’ was released with cover versions of a bunch of AOR tracks like for instance ,,Brief Encounter’’, originally recorded by British band Airrace. For the occasion Houston invited the composer of the song, guitarist Laurie Mansworth, to play all the guitars on their version. Also Mark Mangold guested on Houston’s version of the Touch classic ,,Don’t You Know What Love Is’’. In 2014 Houston launched ‘Relaunch II’ and another two studio-albums followed as well with original material (entitled ‘II’ and ‘III’).

Houston has always stayed a pure AOR band as is also the case on ‘IV’. Once again Ricky Delin was approached to co-write some of the tunes and lead the proceedings in the studio. That turns out to be a wise move as their former member knows exactly what to do with this band and bring out the best of them. For myself I always had some problems with the vocal delivery of Hank Erix. He never really managed to convince me with his limited range. On ‘IV’ he does a good job overall. He does not try to go overboard in the higher regions as that is not where his strength lies. He keeps it in the middle and that turns out to work best for him and the songs.

Delin has created a pleasant sound on ‘IV’. The songs have just enough power and tempo to keep things proceeding nicely along. What I do miss is one or two tracks that really lift the record to a top notch level, although there are definitely no weak songs to be found either. The level is very constant indeed. ‘IV’ is a typical AOR record with easy to consume tunes like ,,You’re Still The Woman’’, ,,Such Is Love’’, ,,Heartbreaker’’ and ,,Storyteller’’. No real surprises I guess but as solid as an album in this genre should be.