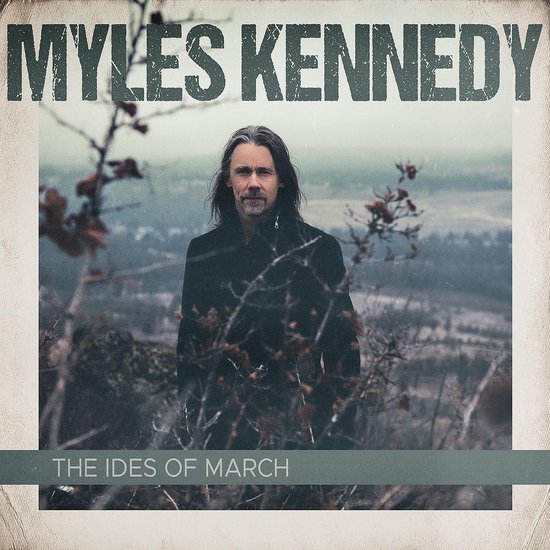 Needless to state here that Myles Kennedy belongs to the best rock/metal singers in the music business; just listen to his voice on the Alter Bridge albums and his cooperation with Slash and it will almost get not better than that! In 2018 Kennedy released his debut solo album ‘Year Of The Tiger’, an outstanding semi-acoustic rock album, with a little bit too less electric guitars on it; at least for my part…

His sophomore solo album with the Shakespearean title ‘The Ides Of March’ is definitely more my cup of tea as rocks like hell. Songs like ,,Get Along”, ,,A Thousand Words” or ,,Sifting Through The Fire” could also be labelled as Alter Bridge material: heavy, rocky, and damn good stuff indeed. The entire album is rather bulky and dynamic with influences from bands like Zeppelin, The Stones and Aerosmith and the guitar lead licks, riffs, solos and hooks are clearly very blues-orientated, and I mean BLUES with capital letters! The absolute highlight on this amazing album is the prog-inflamed epic title track, which is a musical mix of rock, blues and jazz and Kennedy’s voice here really does the trick and shines almost like never before!! Other massive songs like ,,In Stride” (the first single), ,,Love Rain Down” and ,,Worried Mind” show that Kennedy also is an extremely very gifted guitar picker, but his true strength of course lies in his top-notch voice.
‘The Ides Of March’ is an album you need to hear and need to have as it is one of the best of the year 2021, and the best song of this year will probably be ,,The Ides Of March” as I am really addicted to that one, sheer bliss!