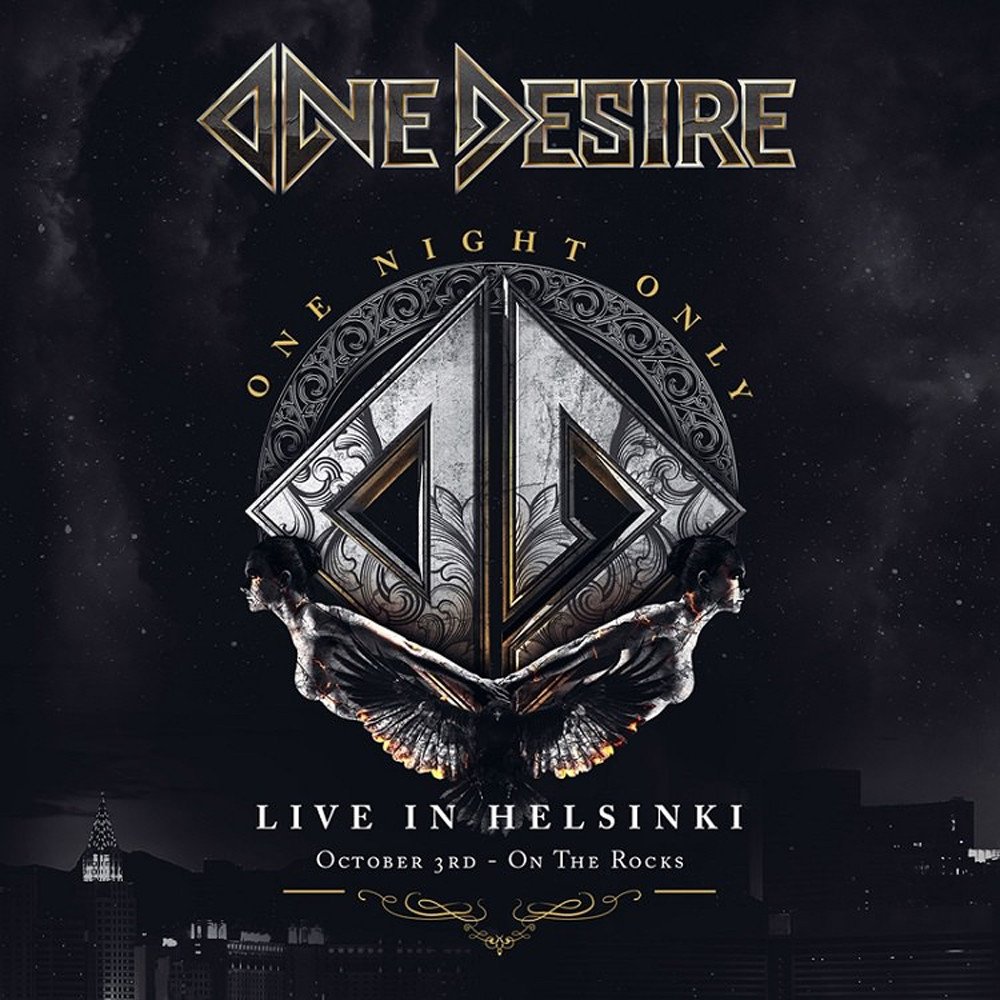 For their second album ‘Midnight Desire’ Finnish band One Desire never managed to do a live presentation to present their latest fruit of labour. They were on tour with The Night Flight Orchestra before the release of that above mentioned album but because of COVID-19 they had to cut that short.

Frustrated about that but happy that the album was released the group came up with a plan for just one gig to have at least a release ‘party’ for a limited audience. They managed to get permission for that, so on October 3 last year One Desire booked a club in Helsinki and cameras and a recording facility were installed to capture the performance.

With only two albums in their catalogue it looks a bit early in their career to record a live CD/DVD but desperate times call sometimes for desperate measures I guess. With a set of twelve songs, complied of ‘Midnight Desire’ songs and tracks from the 2017 release ‘One Desire’ at least the group had something to concentrate on.

Let us be brutally honest here. I have not seen the images but the performance and sound are okay but certainly not spectacular. One Desire has some very good songs like ,,Hurt’’ but the performance is not of a level that I must advice you to rush to your local record shop in a hurry to get a copy. That little bit of extra that makes a live-record stand out I have not heard. There are not enough kick ass songs in the repertoire of the band yet I guess.

It is okay and that is in most cases with all this material coming out left, right and centre in the melodic not enough to draw a general fan over the line. Only the dedicated One Desire-fan that is aching for something to hold on to will be happy with this registration. But there are at the moment a lot of better records to choose from.