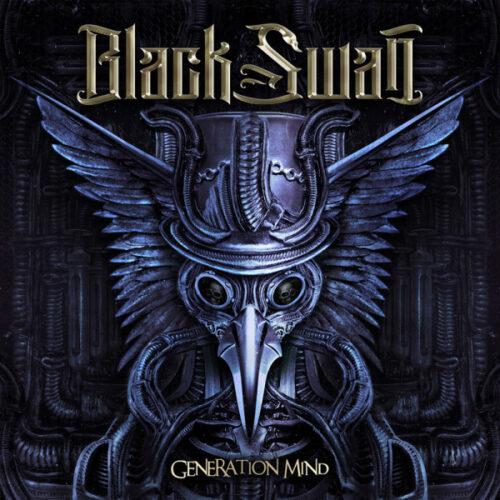 Reb Beach (guitar), Jeff Pilson (bass), Matt Starr (drums) and Robin McAuley (vocals) form Black Swan. The C.V. status of these four seasoned musicians combined together would be good enough to write a book (or two) about but I think it is better to say something about ‘Generation Mind’, the second CD under the banner of Black Swan.

The debut-album of the quartet ‘Shake The World’ was far from being a disappointment with its solid compositions and ditto execution. But now the veterans have clearly raised the bar. McAuley, Pilson and Beach have written a bunch of better songs, the band has gelled a lot better and Pilson’s production is like a punch in your face and stomach at the same time. McAuley as always sings his heart out and there seems to be no problem with his reach and sense for catchy vocal melodies. Starr and Pilson lay down a solid foundation on the hard rocking songs and the group hardly lets up.

FIRING ON ALL CYLINDERS

Reb Beach must have felt right at home in this environment as the riffs and solos of the guitar slinger are at stages really out of this world. Black Swan needs a few songs to really get into the groove it seems, but once the musicians kick into gear ‘Generation Mind’ becomes an exciting ride for people who love their melody brought to them in a kick ass manner. And that is what is happening here.

Good songs, convincing musicianship by all blokes involved and luckily also some songs with an extra classy touch (,,Miracle’’, the title-track, ,,Crown’’ and especially ,,How Do You Feel’’). Oh yes, and then there is Reb Beach with his ‘balls to the wall’ guitar explosions but I already mentioned that or not? Yep folks, we finally have a so-called super group that delivers and is firing on all cylinders! If you like ‘Shake The World’ I promise you will adore ‘Generation Mind’!!!