Review | Girish & The Chronicles – Back On Earth 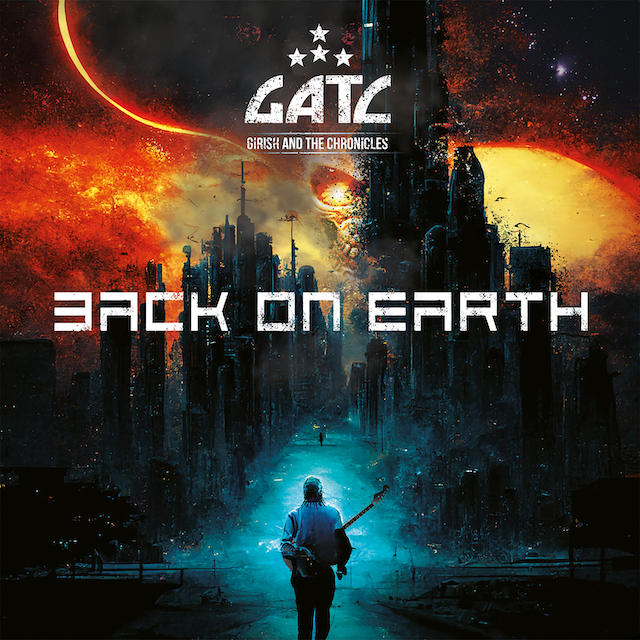 Review | Girish & The Chronicles – Back On Earth

In February 2022 Girish & The Chronicles, a melodic metal act from India of all places, released their first album for the Frontiers-label entitled ‘Hail To The Heroes’. The CD was very good, filled with bombastic melodic metal, a top-notch singer, strong instrumentation and overall good songs and ditto sound. It was the third album in their career and it must have done a good job for the band and the label as here they are again with a new release. Although new release….

The band and label agreed that a re-recording of their 2014 debut ‘Back On Earth’ would be a good idea. In eight years, Girish & The Chronicles had developed further and by recording this album again, it would give the songs a new lease of life. Singer Girish Pradhan decided that only the songs ,,Angel’’ (a gorgeous power ballad) and ,,Loaded’’ needed new vocals, the rest he left as he recorded them all those years ago. The music though went through some changes with new chops, breaks, drum parts, solos etcetera. When you hear ‘Back On Earth’ now and you are familiar with ‘Hail To The Heroes’ you can conclude that ‘Back On Earth’ could have been the logic follow-up.

For over an hour you are being treated to powerful metal, bitsy sharp guitars, pounding drums and an overall overwhelming power infused sound. Girish and his mates really kick ass here. It might not sound super original as the band pays tribute to eighties and nineties melodic metal in the good old days of Ratt, Warrant and Skid Row (the Sebastian Bach era) and they do it in style. Possibly a fourth album of these Indian rockers might be on the cards for later in 2023. Based on ‘Hail To The Heroes’ and ‘Back On Earth’ that is something to look out for.