Review | Lessmann/Voss – Rock Is Our Religion 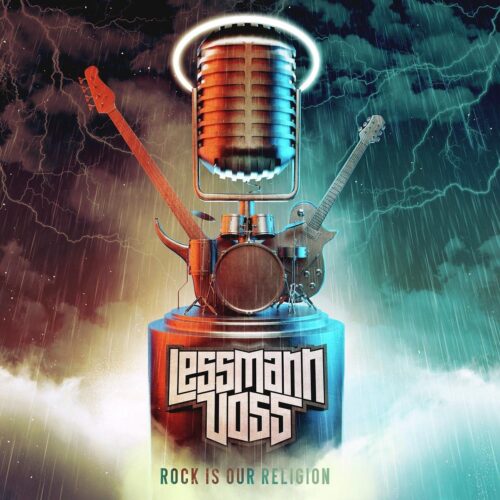 Review | Lessmann/Voss – Rock Is Our Religion

September 4, 2022 by Michel van de Moosdijk - More about our team

Claus Lessmann and Michael Voss are two German rock veterans with a past that is pretty impressive. They have been friends for decades and recently already worked together in the formation Phantom V with a couple of albums under their belts. Lessmann has had a past with the bands Cacumen and Bonfire and Voss made a name for himself with bands like Casanova and Mad Max and he is also a popular producer with Michael Schenker as his most prestigious client.

On ‘Rock Is Our Religion’ Claus and Michael are combining their talents on a twelve-song album. Indeed, these two can say that rock is their religion as they have always been active in this sector. If you are familiar with their previous bands, you can already guess what the music is all about. Easy on the ear rock songs. Pretty smooth and slick. So far, so good? Hmm, not really. The music is consumable, rocks steady but the songs are not much more than run of the mill rockers and ballads. You hear it but at the end of the day nothing really sticks to your mind with a country-ish version of America’s hit ,,Sister Golden Hair’’ being a complete failure. It is all fairly predictable and the inspiration to make a real hard rocking statement is not there. I had expected a lot more than just a middle of the road inbetweener from these boys….