Review | The Prize – The Prize 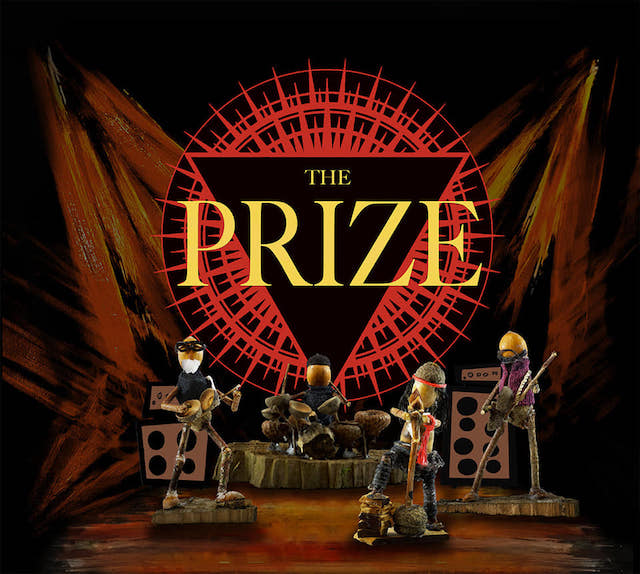 Review | The Prize – The Prize

Recently the band The PRIZE released their self-titled debut album. And although I can imagine that quite a few people will raise their eyebrows when they hear this name, I can tell you that this debut has become a great album. Who are they? The PRIZE?

Well, The PRIZE is the new powerhouse rock band of lead singer Maggy Luyten (Ayreon, Beautiful Sin, ex Nightmare), and guitarist Christophe Godin, bassist Ivan Rougny and drummer Aurel Ouzoulias. Maggy and Christophe first met when working on the Epysode album `Obsessions’. The genuine musical and human chemistry of those past collaborations planted the seed that gave birth to The PRIZE. The band is the sum of each member’s musical inspirations and influences, creating an eclectic and colorful soundscape, with one mission: bring it to a live audience!

Besides the fact that Maggy is a formidable singer [which is no news to me] who sets the tone for The PRIZE with her raw voice, I am more than positively surprised by what this foursome brings musically on this album. They managed to write 11 very good and varied songs in the relatively short time that they exist.

In addition to that, `The Prize’ is also provided with a very fat production. Listening to all this is just ear candy. Sometimes there are great progressive hooks, or the music leans into a more groove metal direction, while the next minute you are in a straighter hard and heavy domain. The band has managed to find a nice line between all these genres and knows how to weave them together seamlessly.

The up-tempo opener ,,Funhouse Mirror’’ immediately sets the tone for what you can expect:  Bombastic riffs by Christophe, with a concrete layer of bass and drums by Aurel and Ivan, topped off with the great singing skills of Maggy. ,,Garden Of Bones’’ has an almost SKA like verse, while the chorus has a super fat groove and the light grunts of Maggy yet again seals the deal. This song has various tempo changes, just listen to the drum and bass part. It is one big delight and yes, I do think this is a song that will set a live audience on fire. After that ,,Where Rivers Flow, Pt2’’ reveals to be a nice mid-tempo bass driven song. Also, there are more than one tempo changes and flirtations with other genres. The PRIZE absolutely dares to think outside the box in their approach of song writing.

,,Blood Red Ink’’ opens with a somewhat creepy acoustic guitar line and morphs into a dark guitar/ bass riff driven monster of a song. The middle section Maggy is doing a grunt driven vocal approach and again Christophe does excellent solo work. ,,Every Scar Tells A Story’’ is the first song the band slows down a bit. It is a more subdued song, which is broken open again halfway through with a fat groove. It is therefore nowhere near of a sweet ballad, because there is always an exciting, unexpected hook lurking.

The up-tempo ,,Scarier Than You’’ again has a crazy scary vocal approach by Maggy and the guitars and concrete low end foundation is present again. Just like on every song on the album. ,,I Swear’’ starts in a more progressive way and has a more melodic chorus. ,,Out Of The Grave’’ starts with a slow moody and a bit jazzy hook that slowly turns into a more up-tempo chorus.

,,Backstreet Chronicles’’ is one of the faster pace songs with a more catchy melodic chorus. ,,Where Rivers Flow, Pt1’’ is the first time the album really slows pace to present a more balladesque ambiance. ,,Cirkus’’ closes `The Prize’ in a true crazy way, because yes, the song certainly has a high scary circus quality to it. Not the kind of song that you can easily digest, because so much happens here, tempo changes, crazy grooves, excellent vocals by the front woman. This song really honors its title.

As far as I’m concerned, The PRIZE has managed to make a wonderfully grooving and varied album and I even sense here and there a small parallel with Jinjer. I already knew that Maggy Luyten has a great voice, but her collaboration with these great musicians, Christophe, Ivan and Aurel who really know what they are doing, takes Maggy’s performance to the next level. The band delivers top-notch song writing and every song surprises me.

Hopefully The PRIZE gets the attention they deserve and the chance to present `The Prize’ to a wider audience, including tons of live shows to promote their name. As far as I’m concerned, this band should be on all major metal festivals. For now, this release is exclusively available via their website HERE and on the streaming platforms.

So, I strongly advise you all to just sit down and listen to `The Prize’ and support this new top act.
Job well done!!