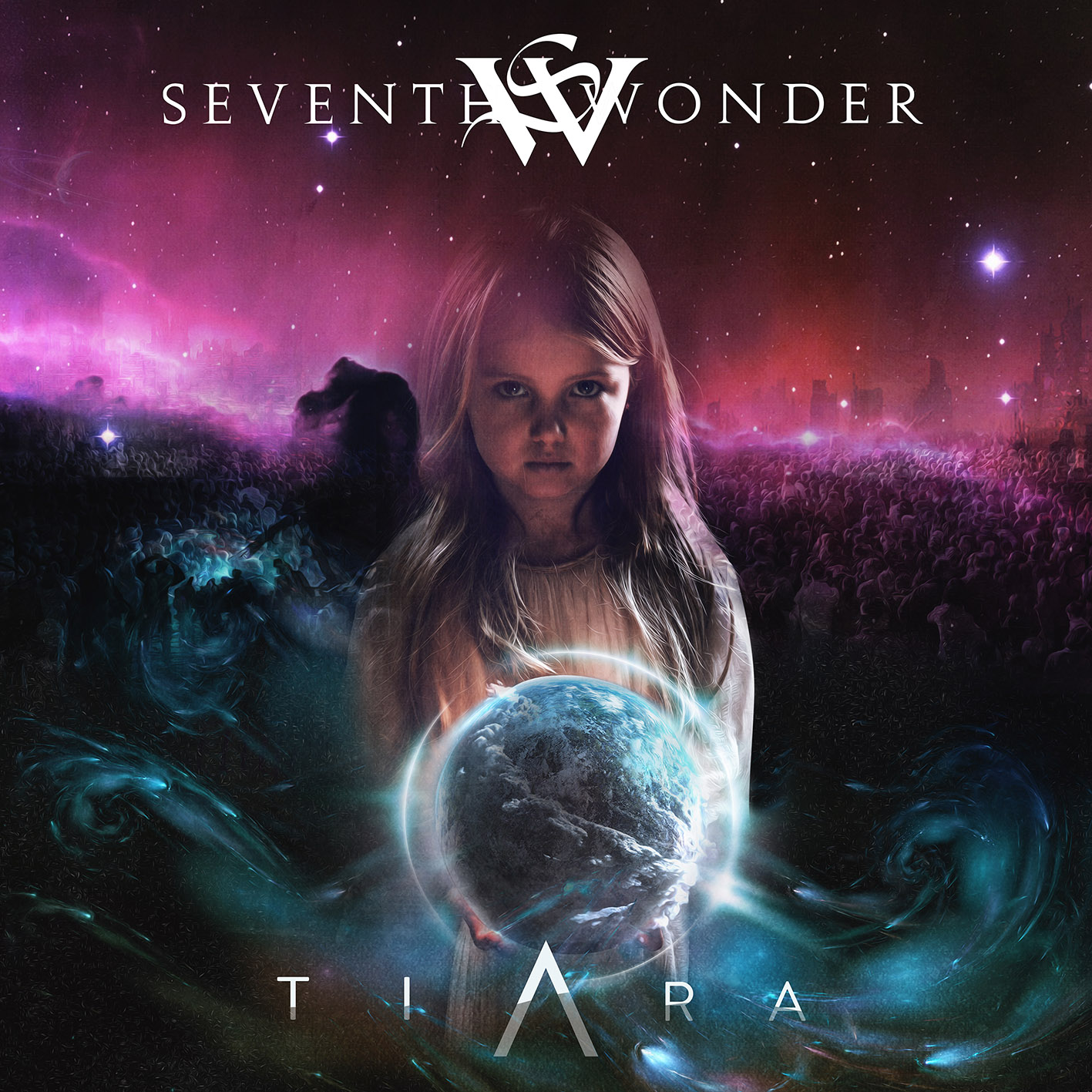 As singer Tommy Karevik is quite triumphant with his adventures in Kamelot it seemed that his other band Seventh Wonder hailing from Sweden was, because of that, put on the sideline. Their last studio record ‘The Great Escape’ was released in 2010 followed by a live registration ‘Welcome To Atlanta’ in 2014. And for the rest there was nothing but silence.

Silence before the storm? If you ask that question to founding member Andreas Blomqvist (bass) he would probably confirm that. Seventh Wonder has been working in a very slow pace on their fifth studio project ‘Tiara’, also most likely looking at the schedule of Tommy Karevik. Well, all this waiting and working in silence has worked out well for Seventh Wonder as ‘Tiara’ is by far their best and most prolific album in their history.

I would almost say that ‘Tiara’ can match itself and can be partly compared with ‘The Shadow Theory’, the latest master piece of the mighty Kamelot itself! Produced by Karevik and Blomqvist ‘Tiara’ has become a musical masterpiece where elements of progressive rock and metal have come together in a beautiful mix where there is plenty of room for power vocals, subtle transitions, crafty musicianship and most of all captivating songs with lots of mood swings and diversion during the songs. It has pure metal influences in songs like ,,Damnation Below’’, there is a lot of dramatic hidden in the record as well.

Sure, ‘Tiara’ is again a record that needs some time and several spins to do the necessary damage to your ears but once you are captured, there is just no escaping. With this album Seventh Wonder pushes itself into the regions where the bands Dream Theater, Kamelot, Avantasia, Redemption and Symphony X were/are the ultimate rulers. Seventh Wonder is now rubbing shoulders with them.