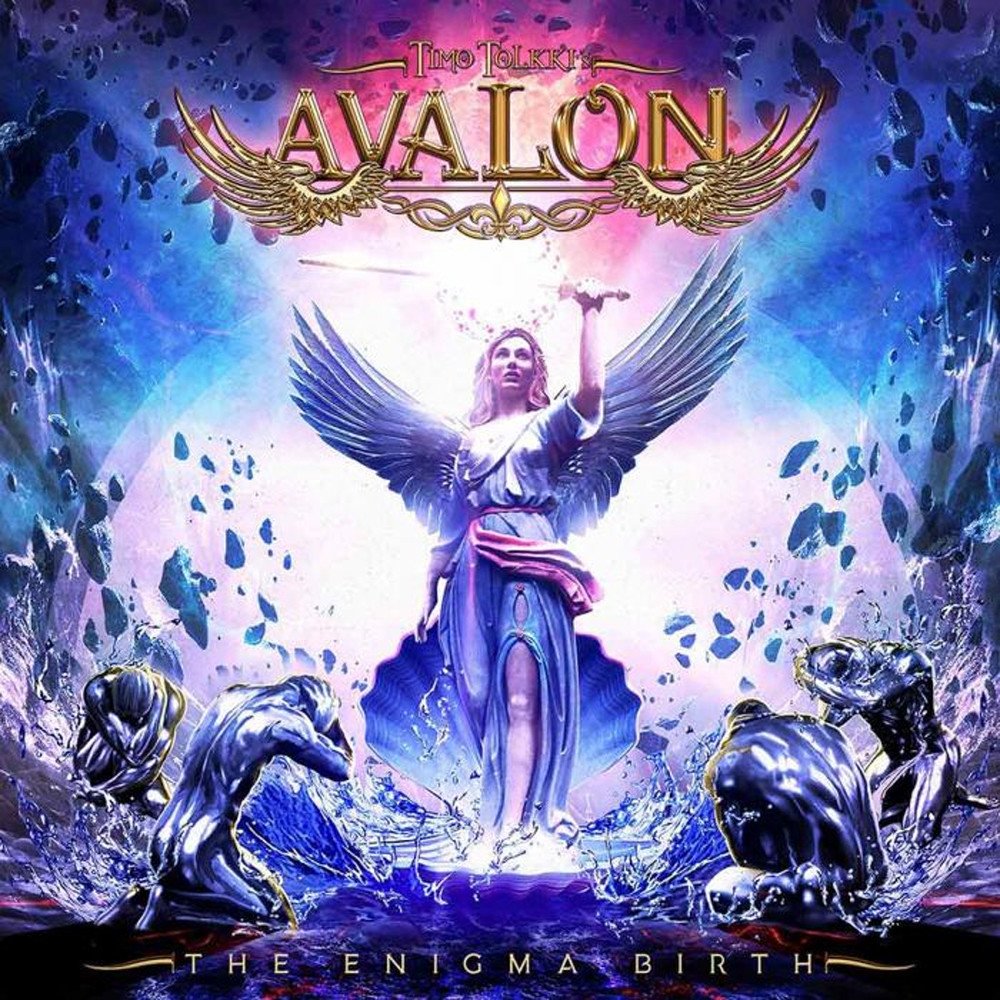 Timo Tolkki’s Avalon (also known simply as Avalon) is a metal opera project created by Timo Tolkki (formerly of Stratovarius, Revolution Renaissance and Symfonia) in 2013. `The Enigma Birth’ is the fourth album of this project created, overseen and directed by Serafino Perugino President and A&R director of Frontiers Records.

Over the past year, Timo started working on songs and once again connected with producer Aldo Lonobile (Secret Sphere, Archon Angel, Sweet Oblivion) to craft music for a new album. With Lonobile overseeing the production, the main work on `The Enigma Birth’ was completed in the winter of 2020.

Now what can we expect from this new release? It sure as hell hits off in a fast pace and powerful way with ,,The Enigma Birth”. Smashing drums, high pitched vocals by Pellek, flying guitar/keys/synth riffs and solo work. Second song on the album ,,I Just Collapse” is a mid tempo rocker with a great chorus and catchy vocals by Catarina Nix. The kind of song that gets in your head, never wants to go out and so dances in your head for the rest of the day. On the slower ,,Memories” the vocals were shared by Catarina and Brittney Slayes. The beat and tempo in this song kind of reminds me of Dio’s classic ,,Egypt (The Chains Are On)”.

,,Master Of Hell” and ,,Beauty And War” both feature Raphael Mendes on vocals, which is a excellent choice, as his Dickinson like vocals suit perfect to this songs. And the songs inevitably get a Maiden vibe from his performance.
,,Beautiful Lie” has a more progressive side to it, with a easy on the ears chorus part. Nothing wrong with James LaBrie’s vocal contribution here, but I have to admit, I have heard him sing much more brilliant.

All in all, I think the compositions are all of an above average level. We know from Mr. Tolkki that he can be trusted to write an album full of catchy yet powerful songs.
`The Enigma Birth’ is everything you may expect from a symphonic power metal opera. An album that therefore continues the musical course of the first three albums and fans of this specific metal genre will be delighted by this well produced 4th Timo Tolkki’s Avalon release. Maybe most of the names of the vocalists on this album are not all of world status and might not be as appealing as the singers on previous albums, but that does not detract from the quality of the killer vocal performances on this album.

My personal favorite songs are ,,I Just Collapse” and ,,Beauty And War”.