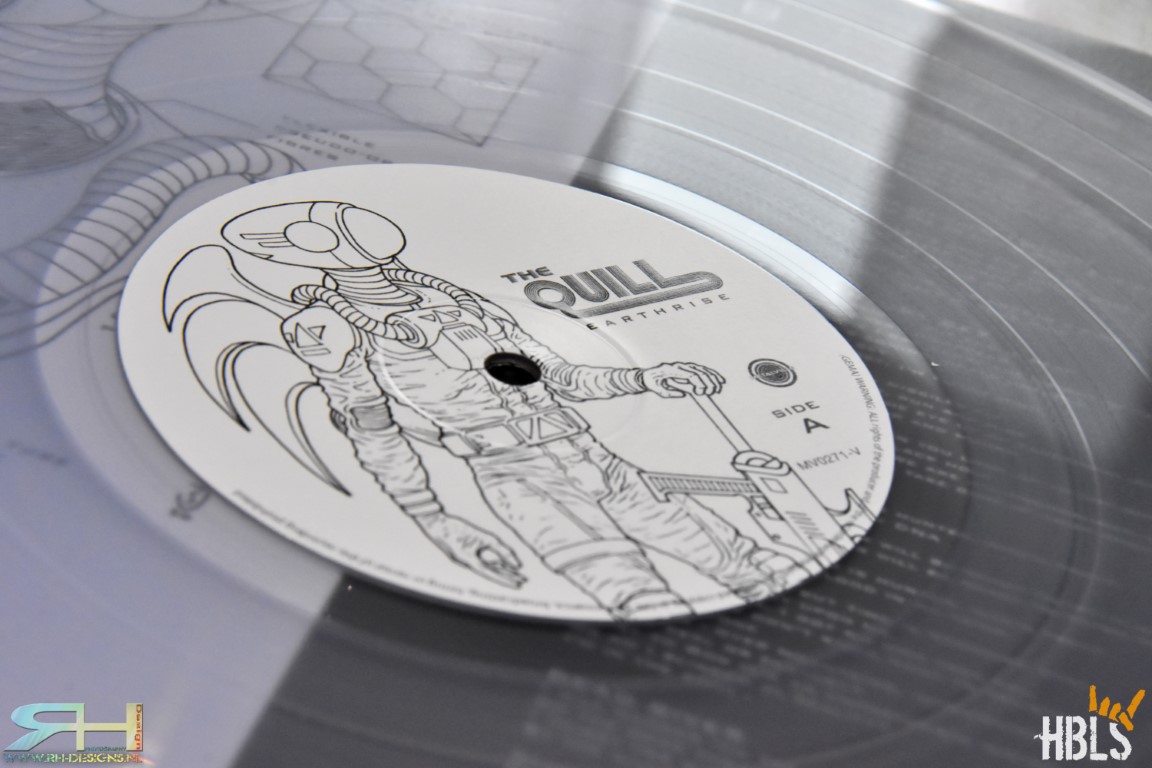 Ask a record-collecting audiophile why vinyl is back and you may hear a common refrain: “Of course vinyl is back! It is a more accurate reproduction of the original! It just sounds better than digital!”. I think that is just part of the answer because also the looks of the artwork, compared to a CD-release, are much more impressive. I mean, who would not agree with me that the artwork on Iron Maiden’s classic releases look a lot better on the vinyl covers than on the CDs? I do not even want to compare it to the releases on digital services like I-tunes, Deezer or Spotify. Great resources, but it makes absolutely no contribution to the experience of music. Don’t underestimate the ritual of going to your favourite record store, going through the record trays and finding this new beautiful addition to your collection. Speaking about that, here are some new releases I would love to shed some light on.

First of all ‘Earthrise’, the latest release by Swedish stoner rock/heavy metal outfit The Quill. This one comes with great futuristic cover artwork by German artist Sebastian Jerke, who also works with bands like The Vintage Caravan, Alestorm, Orden Ogan to name a few. The band photography for this piece [the inside of the cover] was done by Kent Renåker from Bodyshot Studios (SE). The layout is brought together by Supertuben.

My version is the clear vinyl edition that is packed in a gatefold sleeve. The printed inner sleeve has all the lyrics printed, the thank you section and the credits. There are also working drawings of the aliens used on the cover artwork. That way we also learn a little bit about the anatomy of these creatures. The record labels are kept simple and clear. No nonsense here, kind of like the band themselves.

Next up, a release of another artist from the Metalville roster. One of the most successful German speaking rock bands. Kärbholz’s latest release ‘Kontra’. It is clear that the current popularity of the band contributes to the possibilities for what a release will look like and this design looks beautiful.

The cover of a mat cardboard texture and the layout and design is done by the bands guitarist Andy Kühn himself. Photography is done by Andreas Sawitzki. The back side of this gatefold cover holds an image of the band  and the song titles. This inside of the cover is reserved for the album credits and a great cartoonish band image.

The printed inner sleeve has the song lyrics printed on one side and the other side is reserved for artwork that has similarities to the artwork on the frontcover. The vinyl itself is black and the record labels are kept simple, yet tasteful. The Kärbholz fans do get value for their money as there is also the compact disc release included in a cardboard sleeve.

UK based classic rock outfit Inglorious have recently released ‘We Will Ride’. This latest release also comes in a gatefold sleeve containing a red headed woman armed with a gun, riding a white horse in the woods. Art direction and design is done by Paul Tippett for Vitamin P. Tippett is a UK designer who won his spurs by doing art work for bands like Europe, Black Star Riders, Kino, Frost and many more.

The backside of the cover holds the song titles and credits for the songs and the inside of the gatefold cover holds all the song lyrics, credits and thanks from the band.

The inner sleeve is plain white. My record is black vinyl and has record labels with the cover artwork on it. Great release it is.

To conclude today’s Vinyl Corner I want to turn to the latest release of Orden Ogan. ‘Final Days’ is a great double album release that also comes in a gatefold sleeve. The artwork for this piece is also done by the before mentioned German artist Sebastian Jerke. The layout is done by Stefan “Heile”Heilemann and the photography is done by Belgian top photographer Tim Tronckoe.

The artwork on the back shows us the same futuristic guy as the front cover, only hanging in the famous Jesus pose like a puppet. Probably during his final days. It also holds the song titles of the album.

The inside of the sleeve has a band image, the song lyrics, the credits and thank you sections. The inner sleeves are white. My version of the vinyl is limited white but we know from AFM Records that they also come in different variations. The labels are full color illustrations that are variations of the rest of the artwork. All in all, a very nice new addition to my vinyl collection.