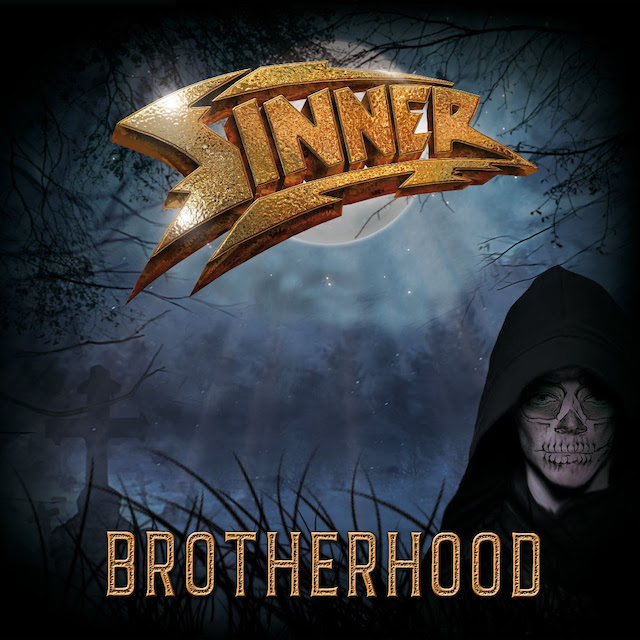 German hard rock group Sinner will release their highly-anticipated new studio album, »Brotherhood« in only five weeks — on July 15th, 2022 — via Atomic Fire Records. To give fans another glimpse of the record that also includes a wide range of special guests, the quartet have published another single, the album’s hymnic title track today. Watch the accompanying lyric video, which was created by Gabriel Management.

Band leader Mat Sinner states, “Its title says it all: this is our new anthem, underlining all we’ve always been standing for! Sinner is hold together by friendship and loyalty and has always been supported by metal maniacs from all around the world, in good but especially also in worse times. Nothing can stop us or even tear us apart: we are one, we are the heavy metal »Brotherhood« – simple as that!”

Bonus Track (physical only!)
12. When You Were Young (THE KILLERS Cover)

In addition, a variety of special guests have expanded Sinner’s »Brotherhood« and contributed in different roles to the album:

The album was produced by frontman Mat Sinner and co-produced by guitarist Tom Naumann, and recorded by Basi Roeder at Backyard Studios as well as Mitch Kunz at Apollo 13 Audio, before Jacob Hansen (VOLBEAT etc.) mixed and mastered it at Hansen Studios, Denmark.