Review | Kristoffer Gildenlöw-Let Me Be A Ghost 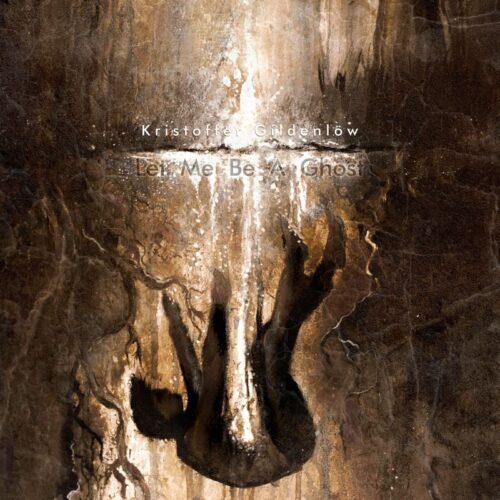 Review | Kristoffer Gildenlöw-Let Me Be A Ghost

On his fourth solo-album current Kayak bass player Kristoffer Gildenlöw goes deeper than ever. He has been working a while on this new adventure, being assisted by only a few people.

Kristoffer is a multi-instrumentalist, playing most instruments himself, relying on only drummer Dirk Bruinenberg and drummer and keyboardist Joris Lindner plus some vocal assistance from Erna auf der Haar (who has a prominent role on the beautiful track ,,Lean On Me’’) and Ronja Gildenlöw (,,The Wind’’) while his Kayak colleague Marcel Singor contributed a guitar solo for the track ,,Fleeting Thought’’. But for the rest this is in the true sense of the word a solo-album by the man from Sweden who resides in The Netherlands for many years now.

The musical direction Kristoffer has chosen for ‘Let Me Be A Ghost’ has certainly been not the easiest one. It is a mixed bag where several musical styles are woven into one flowing movement; flirting with prog-rock, ambient and singer-songwriter material. You can’t say that the man is repeating himself as variation and atmosphere are two key elements in the 13 songs.

Kristoffer’s singing is one of the most intriguing elements of this album. His songs are at times dark, the lyrics deal with several different subjects of life and are at times self-reflecting. His singing is soft, at moments very dark and several times it sounds like it is just by spoken word what Kristoffer is trying to express. Kristoffer is a storyteller with an own view on life and the world.

As the album in general is on the dark and relative soft side it sounds perfect at night time. When you might reflect on your work day, a relationship or anything that seems to occupy you. The music is thoughtfully constructed and the whole atmosphere surrounding the album is second to none. Call it relaxed yet intense.

The title track ,,Let Me Be A Ghost’’ has three parts on the album including an all instrumental (‘II’). These three pieces of music set the tone for a very intense album. It is not very heavy if you are talking about the music but overall it is a record that sounds and feels different than anything else you might have heard this year. The man is a storyteller and on this record he does that in his own way and manner.

‘Let Me Be A Ghost’ demands a bit of time and patience for you to absorb the instrumentation and the stylish manner of the singing. It will silently penetrate into your soul if you take the time to get into the music and lyrics. Try it out and see if ‘Let Me Be A Ghost’ can be the album that brings you also a different feel and view of what life can be all about at times. It is a release for people with a somewhat refined taste. People who are open minded and ready to explore a different side of what good music can be.