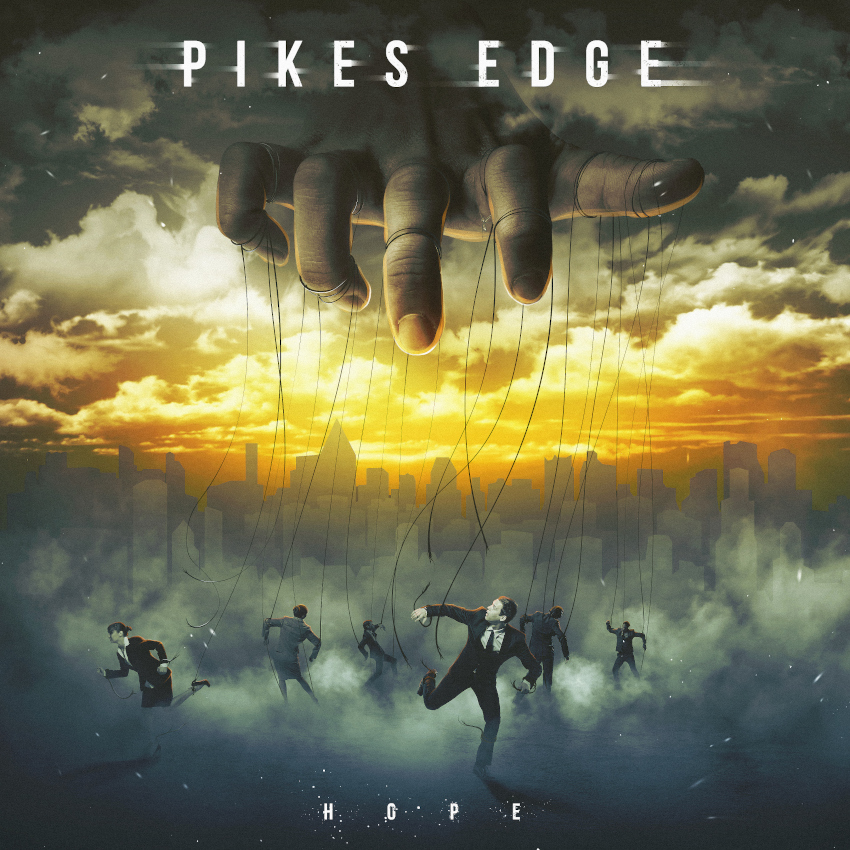 It’s been actually already four and half years ago that Pikes Edge pleasantly surprised HBLS with the release of their second album `All Of Our Beauty’ [2016] and explaining the big hiatus until now is that apparently the band from Munich has been quite busy in the live scene after that.

Of course I was excited when the brand new follow up `Hope’ landed “on my desk”. After listening it was obvious to me that Pikes Edge was more than ready to write and release new songs and above all eager to transfer the stage experience into the recordings as well. The ten tracks are buzzing with high energy and are performed with focus and determination. This chunk of metal music sound sturdy, tough and angry laden and together with the razor-sharp, fast, in-your-face guitar riff approach, fuelled by Pike’s rough vocal sound, it does remind me of a band like Iced Earth for instance and the title track opening the album is an excellent kick-start. But the four piece doesn’t leave it like that, because in ,,The Sound And The Fury’’ they unite speedy, thrash metal elements with a melodic and progressive approach making the song very interesting. Not to mention the surprising contribution of singer Jake E (Cyhra and former Amaranthe) in the first chorus. In general the untameable, rapidly tempos determine the course of the music and ensure one of the most important metal elements is present at all the time. There are also a lot of beautiful guitar melodies and harmonies waving over this force of metal and some of the dynamics even remind me of that fabulous Danish band Mercenary. But there are also songs like ,,The Day After’’, ,,The Drifter’’ and ,,The End Of Madness’’ (featuring some killer speedy parts) that seem to move a little bit more towards the melancholic, dark sound of Amorphis, while during ,,Broken Deep Inside’’ and the guitar ballad ,,My Favourite Poison’’ even Disturbed crossed my mind.

`Hope’ has several musical clues but Pikes Edge merged their roots and influences smoothly with their own musical vision that also expresses sadness, darkness, rawness and meaningful lyrics. If you like furious, modern metal, with some groove and wavy melodies and powerful, melodic laden vocals, presented in a tight, modern production and mixed and mastered by Grammy winner Jacob Hansen, this might be the one for you.