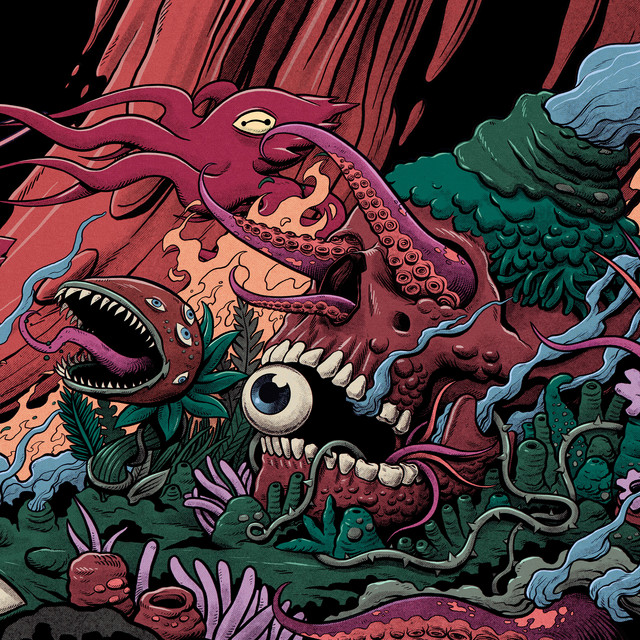 `Versatile’ is the sixth album of the American alternative heavy rock group Pop Evil, who entered the music scene somewhere in 2001 and have become a staple act in the live scene. Leading up to the release of this new album, already four singles have been released [,,Work’’, ,,Let The Chaos Reign’’, ,,Breathe Again’’ and ,,Set Me Free’’], so fans are informed by now of what to expect.

`Versatile’ takes off raw, loud and in-your-face with ,,Let The Chaos Reign’’ and head banging elements and grooves are present in this album opener for sure. After this heavy warming up, also ,,Set Me Free’’ shows a harsh character but at the same time this song feels lighter and more melodic, especially in the vocal department and the very accessible, big chorus. Next up is ,,Breathe Again’’, which is an instant ear catcher. Not only because it has a great anthem like chorus but the band also has incorporated EDM [Electronic Dance Music] influences in this track, giving it a different dynamic. It is not the only song that has these cool pulsating rhythms because Pop Evil embraces the electronic beats, sounds and production tricks in many songs but in different shapes and forms, sometimes more dominant and sometimes less present. The song ,,Work’’ for instance also has these synthetic ingredients, but the vibe is totally different and the sound actually leans more towards dub step and even Hip Hop. Pop Evil doesn’t hold back in experimenting with sounds, hard-hitting rhythms and styles and therefor `Versatile’ is a varied and even unpredictable piece of work. It is filled with crossovers and I guess not every heavy metal fan will absorb this with great enthusiasm. At times a band like Shinedown comes to mind, like on the more melancholic and darker sounding ,,Inferno’’ that has a great song structure and climax, but when you hear ,,Survivor’’ the arrangement is a different piece with an uplifting sound. ,,Worst In Me’’ has a more harder yet catchy sound and also ,,Same Blood’’ shows a more heavy side and has some very cool vocal melodies and rhythms. Another very appealing track to me is the huge and hooky sounding album closure ,,Fire Inside’’.

`Versatile’ is not a full blown metal album but it contains enough heavy rock elements to be appealing to fans of for instance Shinedown and Papa Roach, but it is obvious that Pop Evil also like to invite a wider, mainstream audience. The fact that the single releases are already a huge success proves their mission is accomplished.

Pop Evil is an American rock band that was formed in North Muskegon, Michigan, in 2001 by Leigh Kakaty.