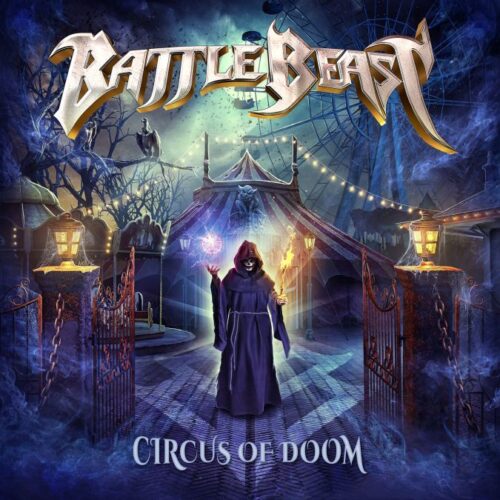 Battle Beast are back, after only two years since the last chart topping album ‘No More Hollywood Endings’. Not to mix up with the 80s toyline with the same name, but with a lot of musical similarities to the 80s. The Finnish sensation deliver their sixth full length album called ‘Circus Of Doom’ including its pre-singles ,,Master Of Illusion” and ,,Eye Of The Storm”.

The ten new songs include the typical trademarks of the band: 100% heavy metal – 0% Bullshit.
After the last three records all went to number 1 chart hits in Finland, it would surprise me, if this new record wouldn’t do the same. Battle Beast are far more than a local sensation but on their ongoing way to conquer the world and the hearts of the metal community. Heavy riffs and catchy melodies with a one-of-a-kind vocal sensation on the mic, the circus of doom will gather more fans with their musical attractions.

Battle Beast will for sure be again, one of those bands to watch and grow more and more.