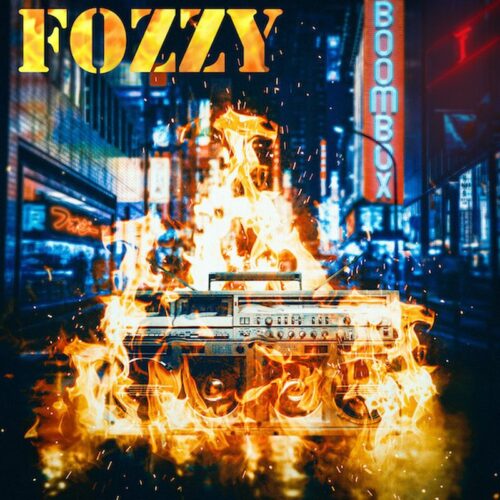 ‘Boombox’ is the follow up to 2017’s ‘Judas’, and is Fozzy’s eighth studio album. The band started by pro wrestler/ frontman Chris Jericho, who also does some acting and has some books to his name, and guitarist, song writer Rich Ward. Fozzy built a name for themselves and has become an act that has graced the festival posters for many years.

Where do I start? After a dozen of listens I still can’t decide whether I should see them as a serious Heavy Metal act, or rather as a nicely conceived gimmick. However, they already have too many feats of arms to its name to meet the second category. So I’ll go for the first option.

‘Boombox’ never really manages to impress me. It contains a radio friendly mix of NU-Metal, Garage rock topped with an ‘Osbourne’ sauce. Not only because of Jericho’s ‘ozzy-ish’ voice, but also because of the way certain riffs and songs on the album are written by guitarist and main songwriter Ward.

The album has its moments and is well produced. Some songs, like album opener ,,Sane” or ,,Purifier” are nice songs, which will certainly do well live. Pop-rocker ,,I Still Burn” or the juicy ,,Army Of Love” cannot impress me at all. But the real low point for me is the cover of the Frankie Goes To Hollywood classic ,,Relax”. This version adds nothing and is almost an identical copy of the original. At the very least, it would have been nice to tweak the arrangements.

For me ”Boombox” is a kind of entry-level model, for young teenagers who might want to hear something louder, but are not ready for the real thing yet. A kind of One Direction for the world of Heavy Metal.

Fozzy doesn’t impress me with this album, but undoubtedly there will be plenty of people who don’t share my opinion and that’s fine too.