Review | Hartmann – Get Over It 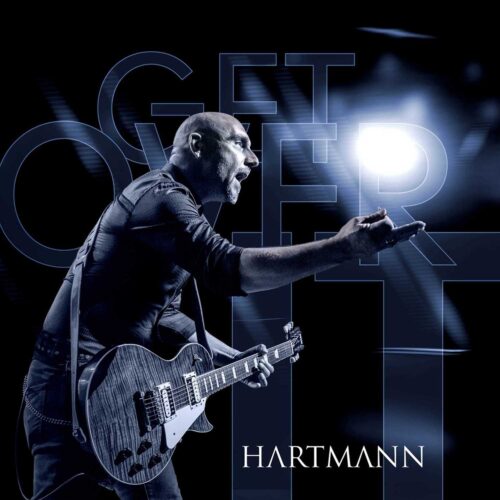 Review | Hartmann – Get Over It

Oliver Hartmann can be seen as an experienced musician as he has been in the business since the nineties. He has been the driving force for the band At Vance, works together with Tobias Sammet in Avantasia (also touring). Echoes is his Pink Floyd tribute project and ‘Get Over It’ his tenth release under his own banner. Add to that the fact that he has been writing, producing and participating with and for many other artists and it should be evident that Oliver Hartmann is a force to be reckoned with.

For ‘Get Over It’ once again Oliver has chosen the melodic approach, combining robust hard rock with very well constructed ballads. There are a few of those on this album and what strikes me the most is his beautiful voice. He proves to be an all-round vocalist who can tackle up-tempo stuff (the title track) as well as the more easy on the ear material such as ,,Stay True To Me’’, an acoustic based ballad that is certainly one of the best tracks on the album. Opener ,,Remedy’’ kicks of things in a more up-tempo manner. ,,Can’t Keep Away From You’’ and ,,When We Were Young’’ are more easy listening ballads.

There is plenty of variety all over the album. Actually, Hartmann has managed to create a well-balanced album. It is done in such a manner that it keeps your attention and you want you hear it again. The right amount of guitar work, an overall excellent sound… ‘Get Over It’ might not be too complicated, but it is very entertaining, well executed and a joy to hear. For fans of melodic rock an album to check out. Some people might find that there are too many ballads on the record but when you got such a great voice as Oliver Hartmann has it sure does not come across as a punishment.