Review | Jorn – Over The Horizon Radar 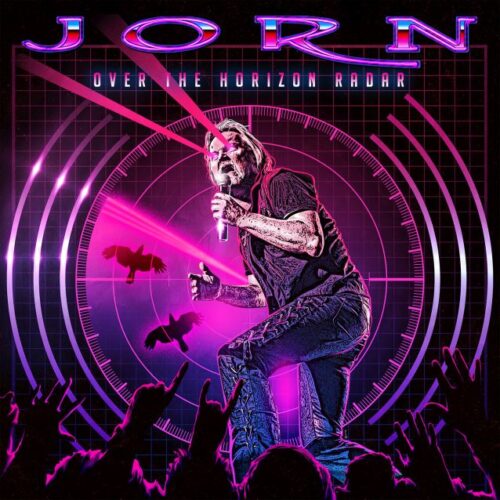 Review | Jorn – Over The Horizon Radar

It was about time for a brand new Jorn Lande studio-album with new and fresh songs as his last one ‘Life On Death Road’ came out in 2017. Yes, he also released ‘Heavy Rock Radio II: Executing The Classics’ in 2020, but that was a cover-album, a thing that Jorn has never been shy of doing throughout his career. The Norwegian powerhouse singer worked, as back in 2017, closely together with Alessandro Del Vecchio and also drummer Francesco Jovino has been involved again.

For ‘Over The Horizon Radar’ Jorn has used some different names to help him out, although guitarist Tore Moren and the singer have had a long lasting working relation. This time also guitarist Adrian SB and bass player Nic Mazzucconi were involved. Jorn has been around for years and can look back on a rich and at times very impressive catalogue. How does ‘Over The Horizon Radar’ fit in?

Well, the album offers eleven solid melodic metal songs including  ,,Faith Bloody Faith’’ that he entered for the Norwegian qualification for the Eurovision Contest of 2021. Hearing this song, I am not surprised it did not make it. It is a nice song but for a Eurovision contest entry too heavy for all those soft ears. (Ronnie Romero did not make it this year to the final either with his entry on behalf of Bulgaria). I guess we all can’t be like Lordi, the most ridiculous winner in the Eurovision Contest history ever.

‘Over The Horizon Radar’ might not be the most surprising melodic metal album ever, but it is filled with enough quality to satisfy a general fan of metal. And if you are a fan of Jorn in particular you are going to love this. All the power house vocal acrobatics are there. Bedded down in solid and ‘hard’ songs like my personal favourite ,,Black Phoenix’’ or the forceful guitar driven track ,,In The Dirt’’. And what to think of ,,My Rock And Roll’’ with its melancholic start before bursting out in a fierce mid-tempo power puncher?

Jorn Lande does not really lay down new barriers or explore new avenues on this record. What he does do is confirm his position as being the ultimate power singer who has created his own identity and always being surrounded by excellent musicians. I mean, as soon as he opens that mouth to sing you know who you are dealing with.