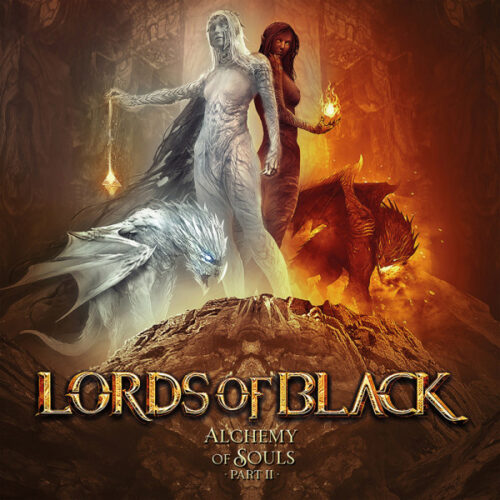 Ronnie Romero returning to Spanish melodic metal band Lords Of Black was the best thing that could happen to the brainchild of Tony Hernando. It was with Lords Of Black that the rock world more or less was introduced to the big pipes of Romero, whose career took off like a rocket.

Everybody wanted a piece of Romero resulting in almost countless participations on albums and hopping from this project to yet another band (Rainbow, Vandenberg, Michael Schenker, CoreLeoni, Destinia, The Ferrymen and Sunstorm to name the most important ones). Romero was in demand and made the most of it. And boy, did the man from Chili get criticised. Although I must admit that his appearances on so many different projects sometimes were a bit too much perhaps, not one album that Romero was involved with was bad. Far from, thanks to his vocal ability most of the above-mentioned artists profited from the capacities that Romero brough to the table.

It was a bit of a surprise that Ronnie in 2020 decided to return to Lords Of Black after departing in 2019 but the CD ‘Alchemy Of Souls, Pt. I’ made clear that the right man was at the right place once again. ‘Pt. II’ more or less continues where ‘Pt. I’ stopped, with the main difference that there is more depth into the song material overall. Maybe a bit darker perhaps as well, we are confronted with a cool playing time of some 60 minutes plus and not one minute is doubtful or not up to scratch. Together with Masterplan boss Roland Grapow (hey, isn’t it time for a new record of that band?) Tony Hernando has laid down a pure melodic metal sound that is full of power and energy. This album sounds like a big kick up your bum all the way!

Although the level of the compositions is excellent all around, including some breathtaking arrangements, there are on top of all that several highlights to be found. Like for instance the fast and furious rocker ,,Death Dealer’’ or ,,No Hero Is Homeless’’ (based around a riff that is ultra-heavy). But for me ,,Sympathy’’ (that is added as a bonus track!) somehow steals the show. This song clocks just over seven minutes and it just leads up to a climax where Hernando really lets it rips like there is no tomorrow, with Romero showing his relentless reach and power.

I am just pointing out a few songs here but by doing that I might not pay the other songs the honour and praise they deserve. This is truly a highlight in the career of Lords Of Black so far. Obviously I do not have to mention that the singer on this album is pretty awesome as well, do I?