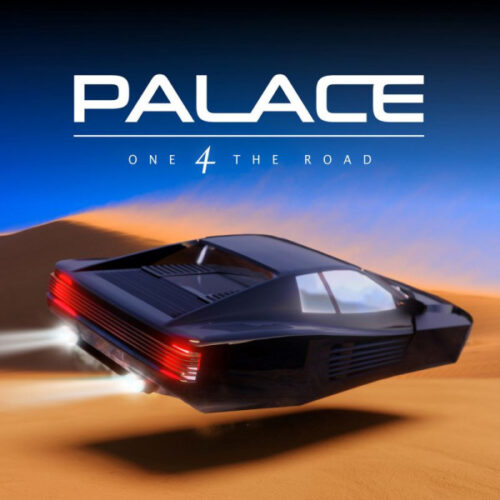 Swedish singer/producer and multi-instrumentalist Michael Palace releases his fourth solo-album. You can take the term ‘solo’ very literally as Michael, as he did on predecessor ‘Rock And Roll Radio’, has done everything by himself. Writing the songs, recording all instruments, singing, mixing, mastering and producing. ‘One 4 The Road’ truly is a one man show.

The above headline of classic meets modern is in my opinion justified. Michael Palace combines classic AOR and melodic rock with some modern sounds and production techniques creating his own blend. The two first ,,Fifteen Minutes’’ and ,,Westbound’’ are up-tempo melodic rockers (as is a bit later on ,,Facing The Music’’) before he notches back a bit. ,,Too Old For This’’ is more a AOR-type of song with a strong beat.

Just to mix things up a bit Michael Palace makes a small sidestep direction country rock with ,,The Driver’’. He gets away with that because it is a cool composition as is the guitar dominated up-tempo heavy rocker ,,Money Can Kill’’. ,,Time Crisis’’ is a catchy AOR track and the rest of the material balances nicely between heavy rock, AOR and melodic rock with maybe the exception of ,,Living The Life’’ that has slight pop rock features.

As a vocalist Michael Palace is a guy that is pleasant to hear. He stands his man in this department and has cooked up some appealing vocal melodies and arrangements. Basically, you can’t fault his efforts at all. ‘One 4 The Road’ is a record that is precise what its title proclaims. It is a record to cruise away with in a Chevy, Camaro or even Ferrari, with the roof open and a cool chick by your side. Away into the sunset with Michael Palace’s latest CD blasting out of your car stereo isn’t such a bad idea, folks.