Review | The Hellacopters – Eyes Of Oblivion 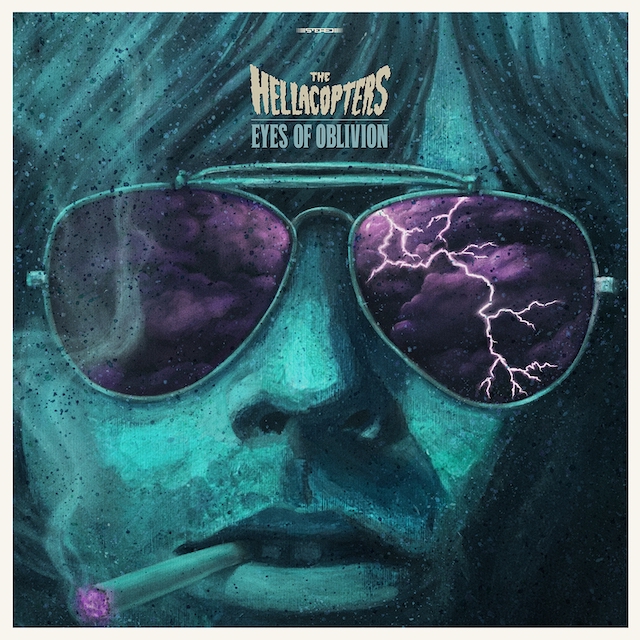 Review | The Hellacopters – Eyes Of Oblivion

Let me first start off with the fact that this new album by The Hellacopters is already released a while ago. On April 1st to be exact. The funny thing is, that I can’t seem to escape from this release, it just simply got stuck in my head. And to me that’s the perfect argument to remind all you rock ‘n rollers out there that `Eyes Of Oblivion’ is such a swinging, good rocking and fun album. Totally worth checking out if you still haven’t done so. Don’t expect something super fancy, complicated or off the rails……but simply a collection of well written and performed high octane fuelled garage rock songs, that are brutally honest and entertaining at the same time. The musicians are tapping right into the core and the soul of what The Hellacopters is all about since their early days.

ROCK UNTIL YOU DROP

Actually, The Hellacopters have been out of business for quite some years. After their formation in 1994, the Swedes hopped on a rock ‘n roller-coaster of nonstop touring and recording. Those were years of great success but in 2008 the band said thank you and goodnight with the cover album `Head Off’. Guitarist Dregen brought his band Backyard Babies successfully back to life and singer, guitarist Nicke Andersson eventually became the drummer of the Swedish heavy rock band Lucifer. Although The Hellacopters did a reunion show at the Sweden Rock Festival in 2016, followed by a few other festival shows, it didn’t mean perse that the guys would crawl back into the studio immediately to record a new full-length album. But after 14 years they eventually did…..

`Eyes Of Oblivion’ kicks right in with up tempo opener ,,Reap A Hurricane’’. The guitars are blistering, drums and bass are swinging and rocking and the raspy vocals of Nicke are leading you right into the eye of the storm and melodic sensation of the chorus. The overall energy is vibrating topped with a very pleasant vintage sound that kind of reminds me of the old KISS days. Also the next song ,,Can I Wait’’ has this old school KISS feel, especially in the guitar department. Nicke is an easy-going singer and his performance makes every song super accessible and sticky and he is absolutely singing his heart out in the blues rock highlight ,,So Sorry I Could Die’’. What a great song!

The album has ten songs (a total playing time of 34:33 minutes), which are all characterful and energetic, so no fillers, just killers. It’s a feelgood experience and I’m sure The Hellacopters will get the crowd going in a blink of an eye with these new songs in the setlist. There is some humor hidden in the lyrics and the music makes your foot tap instantly. Some tracks are leaning more towards up tempo rock ‘n roll, with those typical hammering piano chords, like ,,A Plow And A Doctor’’, while in ,,Positively Not Knowing’’ the cozy Hammond sound keeps up with the up-tempo swing. ,,Tin Foil Soldier’’ breaths retro and seventies, the days when rock carefully was being loud. ,,The Pressure’s On’’ is another great example of how The Hellacopters makes the world swing but from a slightly different, more light and open angle.

The amazing thing is that all songs are passing by very smoothly and capture you all the way in this classic old school vibe. There is rawness and there is grit, damn good skills, a well-balanced variation and memorable vocal melodies, especially the choruses, to get wild to. These Swedes are nothing but to the point and do what’s best for the songs and the melodies. There is no ego tripping whatsoever, the creative chemistry is juice full and I can only imagine the band had loads of fun writing and recording the album. Well, if you are the lucky bastard that can get your hands on the 2CD Box, you will be treated with the 4 cover bonus tracks ,,Eleanor Rigby’’ (The Beatles), ,,Circus’’ (String Driven Thing), ,,I Am the Hunted’’ (GBH) and ,,I Ain’t No Miracle Worker’’ (The Brogues).

`Eyes Of Oblivion’ is exactly what we need to feel carefree for a moment and escape from dark times.