Review | Wayward Sons-Even Up The Score 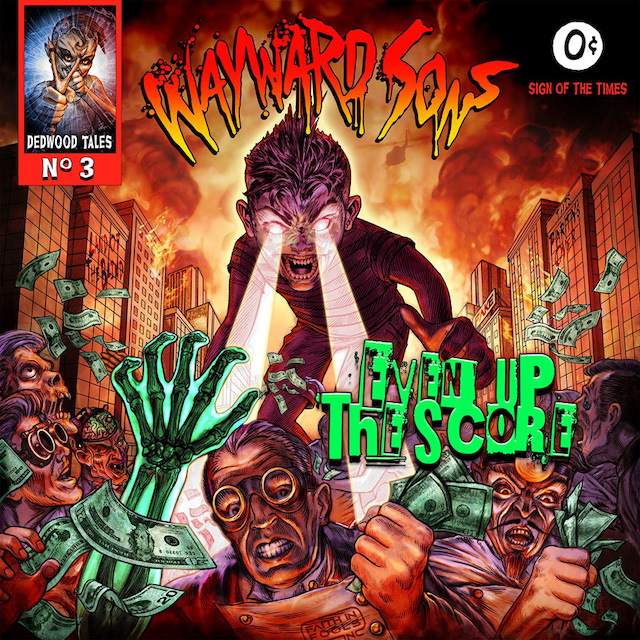 Review | Wayward Sons-Even Up The Score

UK based Wayward Sons return to the musical front with their 3rd release `Even Up The Score’.

The band around singer Toby Jebson [mainly known for his run with the Little Angels], has managed to deliver a rock album that is deeply rooted in the mid 70s rock that we mainly know from a band like Thin Lizzy.
While listening it is also clear to hear that this gentleman has stood in front of the Little Angels for quite a few years.

In my opinion `Even Up The Score’ has become an album that is easy to listen to. There are no heavy dishes on this menu, only nice rock songs well written and excellently performed by these gentlemen. Everything is about playing in the service of the songs and there is no room for unnecessary ego tripping. And to be honest I like it that way.
Toby Jepson [vocals, guitars], Sam Wood [guitars], Nic Wastell [bass] and Philip Martini [drums] hopefully get the well-deserved compliments and appreciation from fans and enthusiasts of the genre.

If I can express one point of criticism, it’s that I actually miss those two or three bangers that elevate the entire album to a higher level. So it’s all rock solid, but on the other hand no risks seem to have been taken either. For that I think that’s a shame, because it’s a really good album that the Wayward Sons present us here.

When I have to pick a few songs that are above the average song on this album, than it would be ,,Looking For A Reason’’ because of the up-tempo character the song has and title track ,,Even Up The Score’’.

But one thing is for sure. If these guys play in the area I will definitely go there to watch them on stage myself. Because I have the strong feeling we all will be rewarded with a wonderful evening of rock and roll music. This album definitely made me curious about how the Wayward Sons sound live.