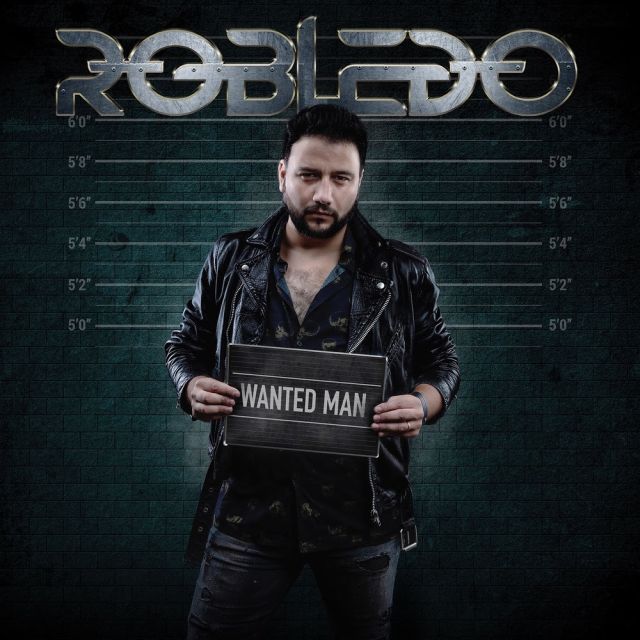 James Robledo is the next singer hailing from Chili and stepping in the footsteps of a certain Ronnie Romero. Robledo made a big impression with the band Sinner’s Blood and their album ‘The Mirror Star’. He got an offer from Frontiers to work with staff producer Alessandro Del Vecchio who selected the musicians and wrote the material. On drums we find the very experienced André Hilgers (Bonfire), on guitar the new Tygers Of Pan Tang recruit Francesco Marras while Del Vecchio himself provides the bass and keyboard parts.

The result is a quite stunning album clocking just over 49 minutes. Musically we are dealing with an album that will please fans of melodic hard rock with a clear metal edge surrounding the sound and songs. Even some (slight) progressive rock structures are present. The main man is James Robledo himself who turns out to be versatile, robust and blessed with an enormous reach. It enables him to sing different kind of styles without problems. He can do it all. Listen to the ballad ,,Alone Again’’ that sounds so fluent coming out of his vocal chords.

At stages the songs and the singing of this man bring thoughts of a certain Sir Russell Allen to my mind and I mean that purely as a compliment. James Robledo just has that same power and expressiveness as Russell Allen. Most songs are up-tempo and quite heavy as well. `Wanted Man’ certainly has this metal edge that features in songs like ,,Higher Scope’’, ,,The Holy Book’’, ,,Where Eagles Dare’’ or ,,The Good Will Rise’’ plus several other tracks. Also very impressive is the guitar work by Marras, who has been added to the Tygers Of Pan Tang line-up. Their new album should be interesting indeed if Marras gets the same space as he gets on ‘Wanted Man’. Add to that all a solid production and ditto sound and we can only applaud the efforts and time put into ‘Wanted Man’.

Conclusion: ‘Wanted Man’ is a very strong, melodic yet very heavy record that should not be missed.