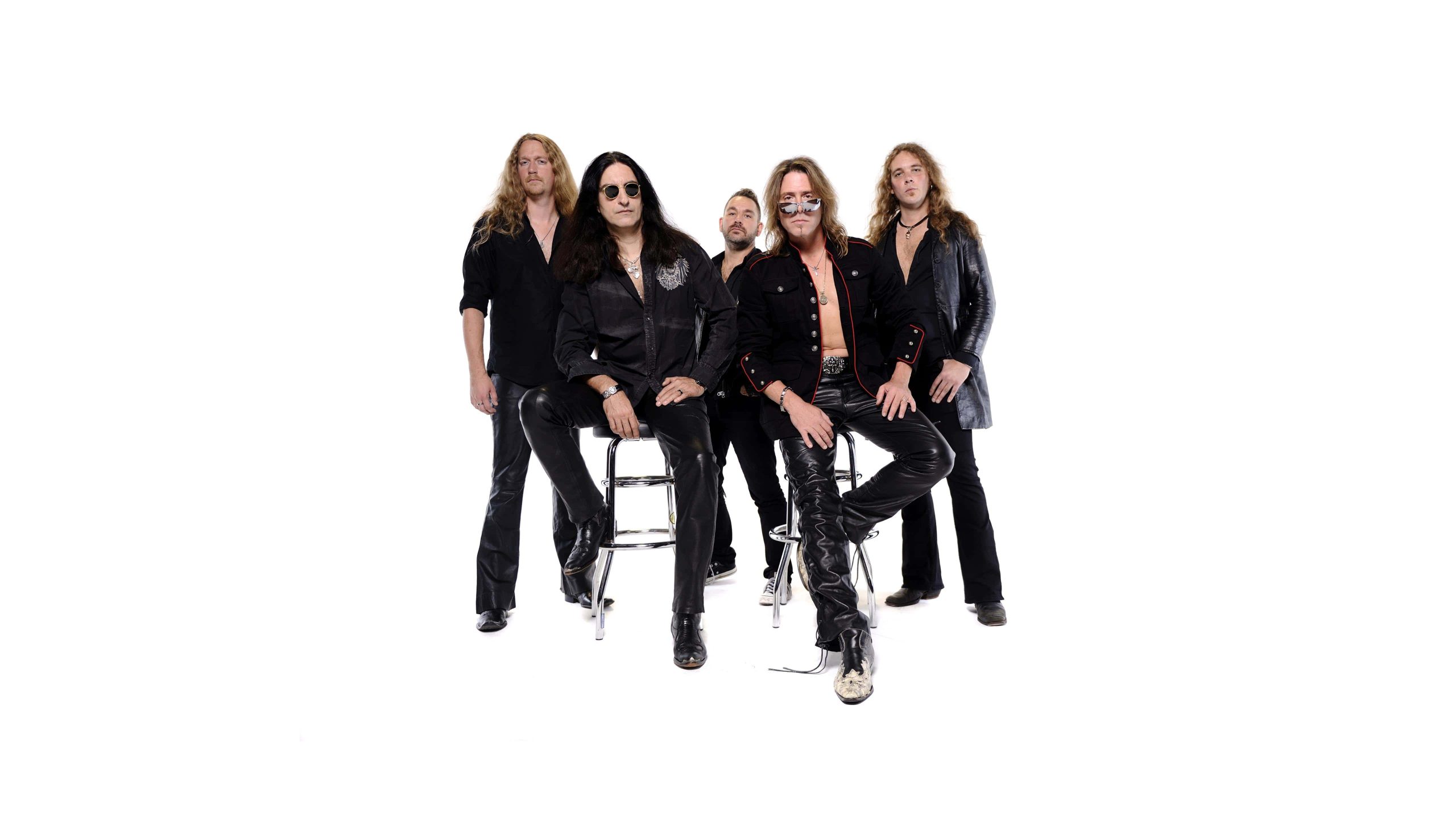 “There is always room for improvement”

Danish prog/metal band Royal Hunt have just released their 16th album called `Dystopia part II’, being the “follow up” to their Dystopia album of last year. The story, based on the notorious novel Fahrenheit 451 by Ray Bradbury, continues and the music on part two is definitely more intense and the absolute highlight here is the epic track ,,Scream Of Anger”. However, Royal Hunt, despite its rather great fanbase, is still a very underrated band and it is about time for a change as `Dystopia Part II’ is Royal Hunt’s best album by far, time for a breakthrough, I guess. About this, and lots more I have a talk with keyboardist and mastermind Andre Andersen, so here we go…

THE DIFFERENCE BETWEEN PART ONE AND TWO

Andre, first of all, congratulations with your amazing new album, are you and the rest of the band satisfied with the outcome of ‘Dystopia Part II’, or would you change or improve something with hindsight?
,,Thanks first of all for the compliment and I am glad that you like the new album. Satisfied, well, yes and no, as there is always room for improvement and when you listen to the finished product you always hear things that could have been recorded otherwise, but I really like `Dystopia Part II’, even as it was a hell of a ride!”

Are there distinctive differences between Part One and Part Two?
,,Yes, there are indeed. It is a concept thing based on the famous book by Bradbury and just like in the novel the closer you get to the end the more action you get, so the music on Part Two is definitely more intense, heavier, and less orchestral. Part One was quieter, more retrospective, and more cinematic, while Part Two is rockier and heavier, with the orchestral arrangements pushed back more to the background, which is logical. However, we did not plan it this way, it just happened.”

Was it not possible to release Dystopia as a double album instead of two separate albums?
,,That was probably impossible as it was too big of a task, on top of that during Part One the pandemic started and we were not able to see each other and work together, so that was quite awkward. It really was not possible to do a double album during those grim times, but we are incredibly happy with the two separate albums and both albums got great reviews, so… Maybe in the future we might release Dystopia as a double album or as a DVD with a live show, you never know, that might work!”

WHAT ROYAL HUNT IS ABOUT

Whose idea was it to make a concept album?
,,Actually, I started talking about it and as I am a huge fan of Bradbury, especially Fahrenheit 451, I said to the other guys in the band, why not? Andreas (Passmark), who is always on his phone, said: “Bradbury, excellent, and by the way I just ordered the book for everybody on Amazon!” So, he ordered a copy for all of us so we could read it (again). I read it for the first time when I was seventeen and I found it a wonderful, intriguing book. Somebody came up with the idea to have guests on the album featuring as the characters of the novel and so we invited a couple of singers for the role plays and it kind of progressed from there as a sort of – I hate the word by the way – rock opera. It was an interesting and long journey!”

Do you always like to have a concept or theme before you start to compose?
,,I definitely like to have a theme, like for example a religious, political, or musical one, yes, sure. As this one was our 16th album, I would like to shake things up a little bit as I do not want to make the same albums all over again. Some bands, like AC/DC, can get away with that, but not Royal Hunt as we genuinely want to change – read improve – our style of music with every new album without losing the characteristic Royal Hunt sound that our fans love.”

Do you have a system if it comes to the working process of a new album?
,,I have some kind of system as I mostly start with a musical idea and then I have to visualise that and from that point on I/we start working on the composition and the music.”

Could you pick two songs from the new album and tell something about the working process of those tracks?
,,Sure, good idea. What is your favourite track of the new album by the way…”

Scream Of Anger, the best Royal Hunt song ever….
,,Really, thanks; ,,Scream Of Anger’’ is a monster. I am incredibly happy with that song. Actually, it was not supposed to be such a long song, but anyway… I had the main theme and the chorus, and we started with the intro and that went on and on, it was long, almost four minutes as an instrumental intro, ridiculous. When did the vocal part start? The instrumental part and the vocal part were two separate parts in fact, but we put them together again and so it became a 14-minute epic track. It was a hell of a ride mixing that song but playing ,,Scream Of Anger’’ is a real treat and I hope that we can play it during our live performances next year.”

I think that it would be the highlight of the setlist actually…
,,Wow, yeah, lots of people like ,,Scream Of Anger’’, but it is a difficult song to play, so many notes, man! But I am really happy about that song, love it! ,,Live Another Day’’ is another one of my favourite tracks on the album, it is a typical Royal Hunt song, maybe not our best, but anyway. My favourite track on the new album at this moment is ,,Left In The Wind’’, mainly due to the extraordinary great vocal performance of DC who almost sings like Roger Waters here….”

Do you still have ambitions, seeing the fact that you have already released sixteen albums by now?
,,Oh yeah, I indeed have some. We are now doing the promotion for this new album and then we are starting to make plans for the tour, which will take place in March/April 2023. And a new album is already in my head and in the works [laughing]”

Are there personal favourite bands that you would like to take with you on tour?
,,Sure, bands that I know personally are always welcome; also, I am a huge fan of Kansas and Saga, so who knows. I love classic rock bands and some of them would be ideal as a support band, I guess! “

Will you be playing the two Dystopia albums in its entirety on the upcoming tour?
,,That would be great, but then we do not need a support band and we should take along some guests’ singers from the albums of course. Maybe we do a greatest hits Tour, or we do both, I do not know yet; so, fingers crossed!”

Is there a certain record that changed your life?
,,Deep Purple `In Rock’, for sure! I grew up in Moscow only listening to classical music and then when I was twelve years old a friend of mine brought me a tape with Deep Purple `In Rock’ and then I knew: THIS is what I WANT, although I never pictured myself as a musician. I knew for 100% this is it and I never switched; music is the thing for me.”

Something completely different now, is it not sometimes rather frustrated that Royal Hunt is still a very underestimated and underrated band?
,,I know what you are saying, and indeed I feel that way sometimes, but we have an extraordinarily strong, loyal, and rather large fanbase and journalists always want to pigeonhole music and they ask me, what sort of music is Royal Hunt? That seems to be our fate and yes, it is what it is. I still love this work and I still find it a privilege to do this. I love doing this every day and you should appreciate what you have. You do your utmost best and that’s it.”

Last question, will the Dutch fans be treated to a live gig of Royal Hunt next year?
,,Yeah, I think so, we normally play a gig in Holland. So, the album is out, enjoy it and see you next year!”

And Scream Of Anger will be on the setlist?
,,I have written that down, ha ha ha, thanks for your time.”

All photos are provided by the promotor