“I want to be Michael Schenker and not somebody else”

The legendary guitarist Michael Schenker is celebrating his 50th anniversary as a musician and his 40th anniversary as a solo artist, by releasing the new studio album `Immortal’ under the banner Michael Schenker Group [MSG]. It is a strong album that features the household names Joe Lynn Turner, Ralf Scheepers, Michael Voss, Doogie White, Robin McAuley, Gary Barden and Ronnie Romero behind the microphone. Drums are by Bodo Schopf, Simon Phillips and Brian Tichy, the bass is handled by Barry Sparks and the support on keyboards is done by Derek Sherinian and Steve Mann [also guitar]. But it wasn’t planned to be like this… 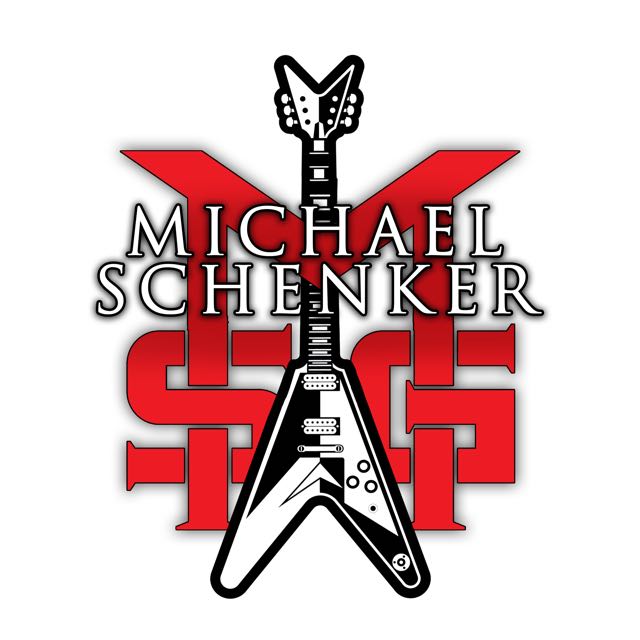 ,,If I had joined Ozzy Osbourne or any of those guys and stayed with them chasing something I was never interested in, I would not be happy today.’’-Michael Schenker

Michael Schenker choose to walk his own path a long time ago and intentionally never looked back. It’s a mindset that made him who he is today; a unique musician and a self-aware, creative and kind human being, who left a significant footprint in the history of heavy metal. In the light of his celebration, Michael explains his way of life to HeadBangers LifeStyle.
,,I am the kid in the sandbox, who likes to play and to discover. I deal with the now, I deal with what is in front of me and I make the best out of it. That’s how I go about. I don’t have any expectations. I don’t compete with anybody, I don’t compare with anybody. I don’t look for fame, success or anything. Everything in my life is based on circumstances, whatever shows up, I have to deal with it and I find a solution to deal with it. You can say I live a more philosophical life. From the handful of books I have read, I learned there are an outer world and an inner world. If you just focus on the outer world for the wrong reason it may become a very disappointing journey. I have discovered that blaming others for anything is a waste of time, because if I want to enjoy contentment, fulfilment, etc., etc., I have to go within myself and clean up. That is priority number one. What others do is up to them; they discover what’s more important for them. I don’t want to get misled by opinions or manipulations and stuff like that. I am kind of phobic and that’s why I never check Blabbermouth for instance. Actually I never go on the Internet and I only do my e-mails, because I don’t want opinions that are maybe misleading and to be put in the wrong direction. I very much protect myself from that.’’

To have such a strong belief and vision, I wonder how it is to be Michael Schenker actually?
,,It is very fulfilling because I declined Ozzy Osbourne [chuckles]. I love him [laughing] and it is very hard to decline people you love, but I had my own vision and I moved on. I knew that the middle years had to be all about being an artist and to experiment and I wouldn’t have done that with UFO, Scorpions, Ozzy Osbourne, Aerosmith, Ian Hunter, Deep Purple, you name it. All these bands wanted me to join them but I had to decline and me also being a Deep Purple fan when I was 14 years old, it just shows how very, very important it was for me to follow my own vision. I did acoustic instrumental, electric instrumental, I played cover versions with the best visions and so on, which I couldn’t have done with what everybody else was chasing; fame, success and money, but that was not me. A kid in the sandbox doesn’t go there. It is all recreational and that is the beauty of making it through life, to be true to yourself and then get rewarded with an album like `Immortal’. I can do anything today and without my middle years experimenting I couldn’t have. If I had joined Ozzy Osbourne or any of those guys and stayed with them chasing something I was never interested in, I would not be happy today. But because I stayed true to myself, I have done everything I wanted, there is nothing left of any experiment that I am interested in doing, other then somebody knocks on the door like Rod Stewart and says: “Hé Michael let’s do an album together”. “Okay, sure!” [Laughing].’’

,,Because I haven’t listen to music for 50 years now I don’t even have a clue what’s out there.’’-Michael Schenker

While Michael follows his own guts for decades now, not letting himself distract by anyone or anything in the world, he unintentional became that guitar god after all, being worshiped by a large following as well as other musicians who claim to be influenced by Michael’s playing style and unique sound. Michael himself couldn’t care less, because he has surrendered to his true creative mission and even doesn’t worry about a writers block at all.
,,The development itself, finding out step by step new ways of going to the inner self, the infinite spring of creativity, that’s were I get all my inspiration from. It’s endless. So when I write something that’s where I go. In the end I always come up with fresh colours. Because I haven’t listen to music for 50 years now I don’t even have a clue what’s out there. Kirk Hammett once told me that he never heard anything like that before, referring to my music, and said he was enchanted by it. Like many other artists, journalists and people from the industry, who told me if it wasn’t for me there wouldn’t have been all these harder metal subgenres. But this is just simply what I do; I go within myself and I don’t take from a trend or anything, and I guess I create a trend because I want to be Michael Schenker and not somebody else. I just realized today people call me old school but how can I be old school? Yes of course I got inspired by people that I admired in time, like Leslie West, Jimmy Page, Johnny Winter, Rory Gallagher, Eric Clapton and I was a fan of Deep Purple, Led Zeppelin and Black Sabbath before I was 15 years old, but then I went my own way and I created new school for a new generation [laughing]. I find freshness and that freshness always shows up later and when people hear it they go like: “Wow this is different than what we are doing right now.”

For a year now the world is in the grip of COVID-19 and the damn virus also messed up the original plans Michael had to celebrate; His Michael Schenker’s 50th Anniversary-Michael Schenker Fest Revelation Tour got cancelled as well as the MSG 40th Anniversary Special Live-Michael Schenker Fest Revelation Japan and UK Tour didn’t happen. It led the musician right back to his inner life, creating new music and eventually `Immortal’ happened as it happened.
,,Other than writing the music I didn’t have to do anything, like with every album I make. At first I wanted to keep it simple considering the circumstances, having a compact band and after I wrote the music the idea was to have Ronnie Romero as the singer. But then everybody else just came in and it all happened by itself. I am as surprised as the outcome and it feels like it is a gift from heaven, you know. The virus apparently had changed everything again to the point that what I originally wanted to do in 2019 I now ended up doing, as I could have never done it other than that. It’s like a gift from the universe, like: Michael this is what we give you for staying true to yourself for 50 years. I feel very blessed and to be honest I don’t take any credit, it just happened all by itself. I actually discovered Ronnie Romero when he was singing the track ,,We Are The Voice’’ on the Michael Schenker Fest album `Revelation’. I know now why Richie Blackmore chose him to join Rainbow because Ronnie can sing like anybody. He performed all the Rainbow hits originally sang by Graham Bonnet, Joe Lynn Turner, Ronnie James Dio and all of these guys, so I asked Ronnie to do the upcoming tour with me, together with Steve Mann, Bodo Schopf and Michael Voss, the current MSG line-up. Michael Voss did actually the beautiful lead vocals on the power ballad ,, After the Rain’’ and having him on tour as the bass player gives us the opportunity to play that song live as well. For the upcoming Michael Schenker’s 50th Anniversary-Immortal Tour later this year, there are now four shows planned in the UK with special guest Doro Pesch and five shows in Europe, if everything goes well of course.’’

While Michael Schenker was making `Immortal’ he also experienced 42 days in total being in quarantine because he was travelling between Germany and the UK four times. During those quarantine days he re-discovered the beauty of his property and garden.
,,Like my dad, who used to be an architect, I love architecture and designing things and it is actually all about creativity. I am a passionate creative person and I always come up with something to do. I recently got this new idea actually; I’m going to build a little place on my property in which I want to place a telescope, because I am very, very interested in watching the stars. That’s going to be my next thing. Just to look in the sky and try to discover something. That is something I am very passionate about. I prefer nature and that what has been created by the creator of all creations. That gives me true information and let me discover things I didn’t know before. And I have fun of anything I want to do to teach myself.’