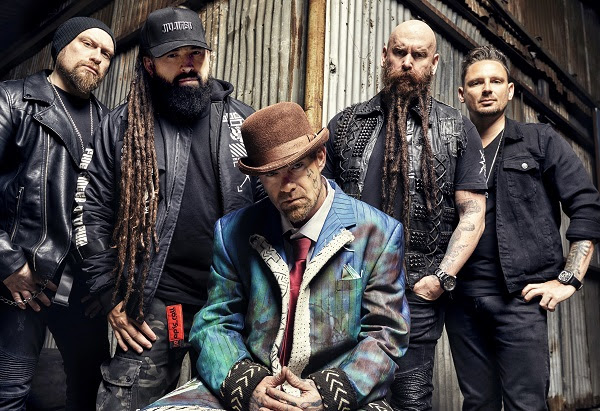 WATCH VIDEO FOR ,,WELCOME TO THE CIRCUS” HERE:

The new track has become available on the heels of the band celebrating their 13th #1 single at rock radio with the hit single “AfterLife”, taken from their upcoming album of the same name. The song officially appears at the top of the Mediabase and Billboard charts, dated June 6th, 2022. Already receiving critical acclaim with “IOU” and “AfterLife”the band is gearing up to release their most innovative body of work yet, as they began to reveal their Metaverse project with the release of “IOU” last month. The interactive virtual world will be a gamified fan club experience, developed on the near photorealistic Unreal Engine and providing an extension of the band’s existing Fan Club app in the near future.

Out August 19th, “AFTERLIFE” is the follow-up release to the band’s 2020 album “F8”, which debuted at #1 on rock charts around the world and Top 10 on the Mainstream charts in the USA, Austria, Australia, Canada, Finland, Germany, Sweden, Switzerland, the UK and more. See below for the full “AFTERLIFE” tracklisting.

Their latest tracks, “AfterLife” and “IOU” have received positive reviews, with the former climbing the charts to #1 and earning praise from Loudwire, which deemed it a “hard-hitting rock radio gem you’d hope for from 5FDP, starting with a solitary atmospheric guitar lick, giving way to bullet-like drums and a fleshed out full band assault brimming with energy and a pulsing low end”.

Meanwhile, “IOU” has earned more than 4.5M streams across digital platforms in just three weeks and piqued the attention of Guitar World, which had this to say about the song: “Picking up squarely where the album’s first single and title track ‘AfterLife’ left off, ‘IOU’ boasts FFDP’s trademark blend of savage riffing and catchy vocal hooks over a rhythm section of thunderous, headbang-worthy grooves”. The band’s longtime collaborator Kevin Churko (Ozzy Osbourne, Skillet etc.) helmed the producer duties of the band’s ninth and arguably most diverse record.

This past April, 5FDP also launched their official Five Finger Death Punch Fan Club, where members have exclusive first access to presale tickets before anyone else. The Fan Club is both a community for the most diehard fans, as well as the official one-stop shop for the latest 5FDP news. It is available as a stand-alone app in the Apple, Android and Google Play app stores. Premium Members of the Fan Club will receive numerous additional perks throughout the year. Download the Five Finger Death Punch Fan Club app HERE.

The band also recently announced a 2022 European headlining tour starting in the summer. Visit FiveFingerDeathPunch.com for tickets and check the dates below.