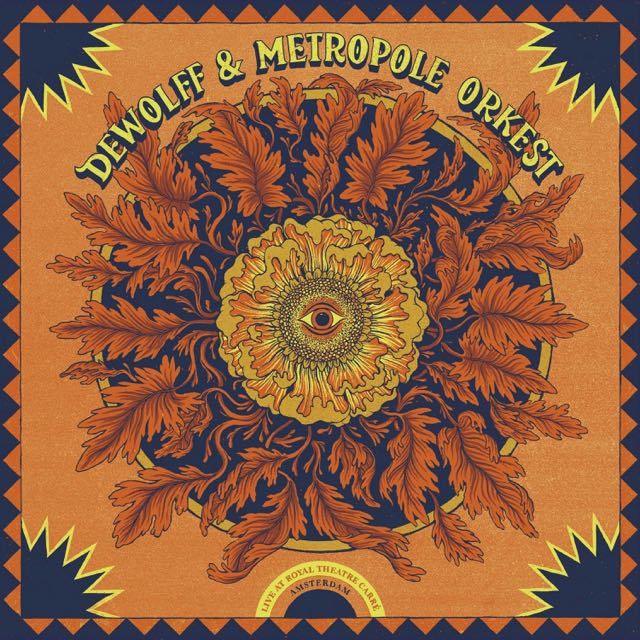 And now The Netherlands’ best prog/retro rock band DeWolff played together with The Metropole Orchestra, consisting of fifty musicians. The set list contains eleven tracks and they really sound fantastic, epic and majestic, having the three guys from DeWolff playing almost flawless.

To me highlights are especially “older” tracks from the album ‘Thrust’ (2018). Like e.g. ,,Freeway Flight” and ,,Tombstone Child” and ,,Sugar Moon” from the album `Roux-Ga-Roux’ (2016). But also good old ,,Medicine” from their 2009 album `Strange Fruits And Undiscovered Plants’. Also from their last CD ‘Wolffpack’ the rather mediocre (read: “poppy”) songs ,,Yes You Do” and ,,Do Me” are featured here.

The last track ,,Deceit & Woo”, which is a great progressive rock track, features a utterly superfluous drum solo. It is really not my cup of tea and certainly not done in 2021…. But overall a great live experience for DeWolff fans, so check it out!