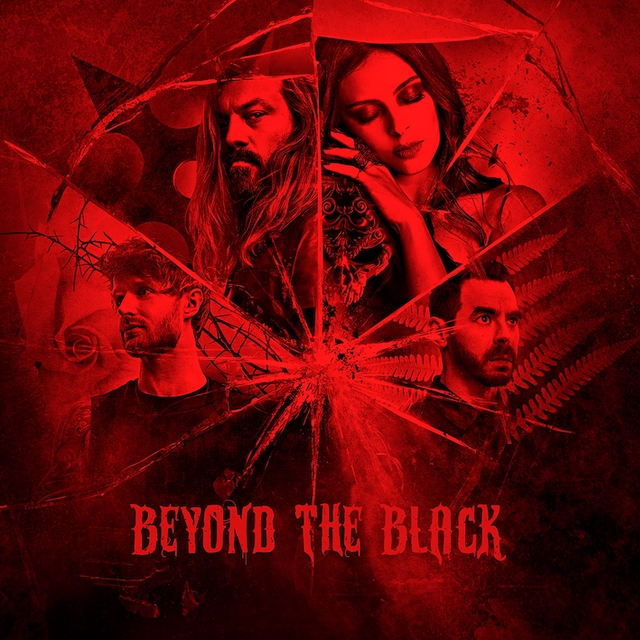 There are bands that start with a big bang and immediately make a crushing impression with their debut album. Beyond The Black is such a band. Back in 2014 `Songs Of Love And Death’  was released and…. BAM, they were immediately put on the map as one of the biggest new Symphonic Metal promises.

However, what is great about Beyond The Black is that ever since they have always managed to deliver quality. With their follow up albums, hard work and touring they have been able to further expand their fan base. Hard work and constant quality pay off, because their latest work, simply called `Beyond The Black’, has become another beautiful piece of musical craftsmanship. No other way to describe it!!

,,Is There Anybody Out There” starts with a killer guitar riff that many bands would hope to get out of their writers pen. A wonderful pounding anthem, with beautiful vocal lines and a gigantic chorus that immediately settles in your brain and still reverberates there a few hours after you’ve heard the record like an echo in the mountains. Plus, there is also a wonderful guitar solo by guitarist Chris Hermsdörfer. Talking about a great album opener!
,,Reincarnation” starts with a more folksy theme and builds towards another earworm of a chorus where singer Jennifer Haben alternates her singing with the grunts of the backing vocals. Done in a tasteful way though, which makes these grunts really an addition to me, contrary to what I normally think of grunts.

I can’t describe this record without highlighting Jennifer Haben’s role as a vocalist. The melodies this young lady manages to pull out of her throat are never over the top. Where other female singers in this genre sometimes want to go too far, Jennifer knows how to keep everything in perfect balance. She absolutely does not need to prove that she is a great vocalist. And that is the perfect complement to her.

,,Free Me” starts with a nice acoustic guitar arrangement and has a nice build-up, to a great chorus. And before you know it, you’re in the middle of a beautiful power ballad. In terms of structure, the band knows how to surprise with beautiful and sometimes unpredictable song structures in all the songs. ,,Winter Is Coming” is another up-tempo crusher of a song and ,,Into The Light” also has such a beautiful build-up to the main guitar riff and then goes completely wild. The level of these songs is crafted and the playing on this album is a true feast for the ears. And, the production of this disc has been taken care of down to the last detail.

,,Wide Awake” is a song with a beautiful acoustic guitar intro, mesmerizing sensitive vocal melodies, built up with orchestral elements to an absolutely enchanting power ballad, with of course a top guitar solo that finishes it off. ,,Dancing In The Dark” is a song that differs in sound and structure from the regular symphonic metal paths and I can only compliment the band for that. There are even some elements here that you would rather expect from a pop band or at least more commercial bands. However, they do so without losing their Beyond The Black identity. ,,Raise Your Head” starts with a grand and epic build-up, to slow down a bit in the verses and give the necessary space to the vocal lines. ,,Not In Our Name” is another great earworm. With all the elements you can expect from this band. Beautiful vocals, good guitar riffs, great chorus and beautiful song structures.

BEYOND THE BLACK GIVES US GOOSEBUMPS

Album closer ,,I Remember Dying” is a mesmerizing song that builds to compelling and epic proportions. Jennifer can impressively showcase her beautiful voice here and this song would not look out of place in many a movie as a soundtrack. The polyphonic ‘Do you remember’ vocals are impressive and as soon as the bombastic instruments enter the song, the song reaches epic heights. The ending is therefore a driving force that will give goosebumps to an audience during performances. Insane good song!! And a perfect ending to a great album.

Beyond The Black manages to deliver a set of top songs at a very high level with this album. Songs with powerful guitars, beautiful vocal lines, biggest choruses, top production and superb song writing skills. It is an album that will conquer the hearts of many fans and will also appeal to many new fans. I can’t wait to see the band perform these songs on stage somewhere. If it isn’t clear yet.

This is a must have album!!