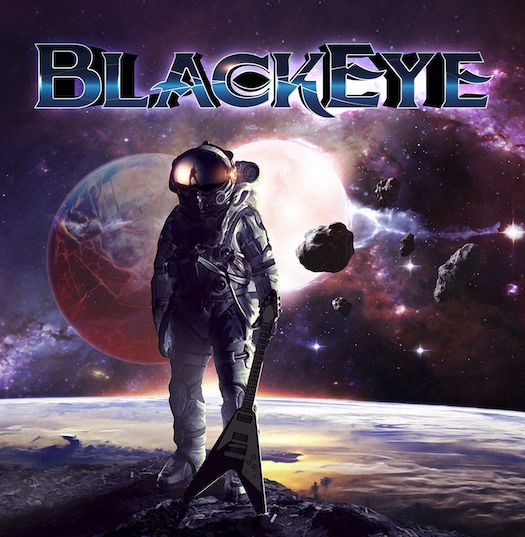 The vocal talents of David Readman have been coming to us via bands like Pink Cream 69, Tank, Voodoo Circle, Room Experience, Adagio, Pendulum Of Fortune and Almanac. The UK singer made a move to Germany to sing with Pink Cream 69 after their singer Andy Deris switched to Helloween. These days he resides in The Netherlands.

As is the case for so many singers when they start working with Frontiers Records, the label tries to find the best possible people to get the most out of the possibilities the singer in question has to offer. Most of the time that works out. David Readman has been paired up with a pure Italian connection with main man Aldo Lonobile doing guitars, production and a share of the song writing. The addition of guitarist Luca Princiotta (Doro) has helped too, also helping out with writing.

The focus on this album is mainly on Readman’s voice and that is as always very impressive, full of strength and with an enormous reach. But have they been able to reach the full potential that Readman has to offer? In my humble opinion not completely. I have followed David’s career from the moment he became a member of Pink Cream 69 and throughout all his bands and projects he participated in. With Black Eye it is all about power, power and more power. David is screaming at the top of his lungs at stages. What about the fact that the man can perfectly do a mid-tempo rock song and not to forget about an epic ballad? More or less ignored although the track ,,Midnight Sunset’’ has at times the features of a ballad  while ,,The Landing’’ and ,,Time Stand Still’’ have some mid-tempo moments.

With other words ‘Black Eye’ has become a one-dimensional album at times. Sure, the keys and the orchestration add to the melodic touch that the album has. Does this mean that ‘Black Eye’ is a failure? Most certainly NOT. Readman reaching his full power and reach is always a joy to hear. At the end of the day this is a very heavy power metal album with several excellent songs and a sound that will certainly give you a black eye combined with excellent musicianship. Maybe a second album can feature more on the full potential that Readman has in stock.