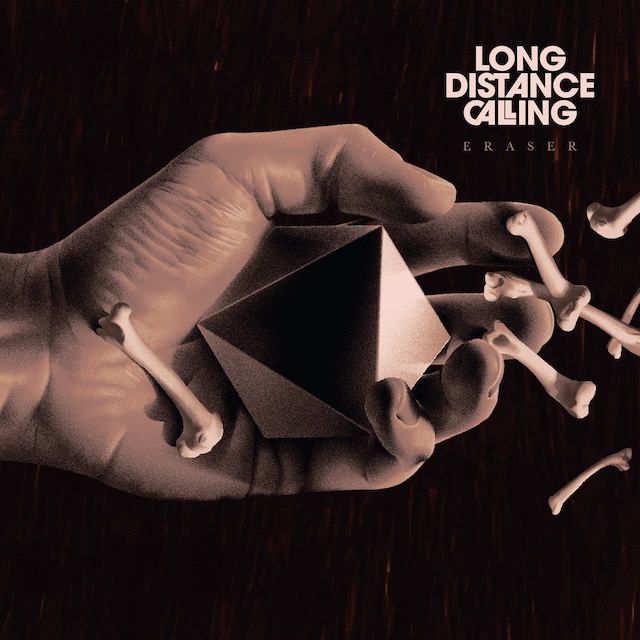 September 3, 2022 by Martien Koolen - More about our team

Some of you reading this review might never have heard of a band called Long Distance Calling, which I think is sad but true and for them it is time to listen to their new album ‘Eraser’! Long Distance Calling, a four-piece instrumental prog rock/metal band, hails from Germany and ‘Eraser’ is their eighth album as they already made several “classic” must have albums like ‘Avoid The Light’ (2009) or ‘Boundless’ (2018). In 2020, David Jordan (guitars), Florian Funtman (guitars), Jan Hoffman (bass guitar) and Janosch Rathmer (drums), released ‘How Do We Want To Live? ‘, which was/is another impressive album in their catalogue.

THE GRADUAL DESTRUCTION OF NATURE

‘Eraser’ is a concept album dealing with the gradual destruction of nature by the hands of humanity and the album is dedicated to the world’s endangered species as each track represents a particular animal facing extinction. ‘Eraser’ starts with a short song/intro called ,,Enter: Death Box” followed by the awesome ,,Blades” (about the rhino), filled with crunchy guitars, lots of formidable hooks and guitar melodies and impressive drumming by Rathmer! ,,Kamilah,” the first single of the album, honours the mighty gorilla and it is a huge track, and it is definitely one of the heavier LDC tracks which you should really check out and play at maximum volume! The epic title track is, as far as I am concerned, probably the best Long Distance Calling track ever as this one truly represents what this amazing band stands for; musical inventiveness, power, and passion. An almost immaculate song indeed!

Overall, this album is heavier than their previous album and also, if that is even possible, more diverse. ,,500 Years” even has some Floydian characteristics, while ,,Sloth” features some amazing saxophone work. Never, did I miss any vocals on this album as the music is so strong, melodic, and versatile that you absolutely do not need a singer in this amazing band. ‘Eraser’ is a musical highlight of 2022 without any shadow of a doubt, and it is high time that Long Distance Calling makes a breakthrough! Brilliant album which will not leave my CD player for an exceedingly long time to come!