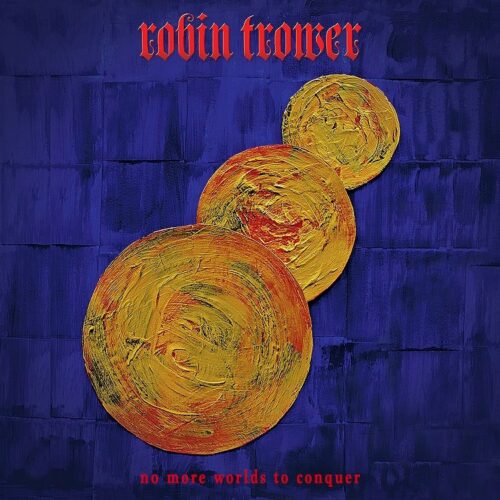 English guitarist Robin Trower is a well-respected name in the blues rock scene for some five decades now. Yes, he is 76 years old but certainly not slowing down. In 2020 he participated in the project United States Of Mind and his latest solo-album ‘Coming Closer To The Day’ hails from 2019 and was quite a ripper in my book.

Like I said, Robin Trower is well liked and the highest form of flattery to RT was paid recently by Steve Lukather and Ann Wilson who both recorded blistering versions of Trower’s song ,,Bridge Of Sighs’’ on their album ‘Fierce Bliss’  (Ann Wilson) and ’I Found The Sun Again’ (Steve Lukather) giving RT the recognition he so richly deserves.

For his latest album Robin Trower chose to not sing himself but he engaged a guy called Richard Watts. That was a move that certainly paid off for Trower as Richard Watts has a very soulful voice that fits perfectly with the dreamy guitar exploits by Trower, the man with perhaps the cleanest guitar sound ever. I admit ‘No More Worlds To Conquer’ is certainly not the heaviest album around these days, but is certainly has the best combo of soulful singing and bluesy guitars plus a whole bunch of attractive compositions.

It is all cleanly mixed by Livingstone Brown, who also plays bass of three tracks and in the past, he also sang on several Robin Trower records. I suppose RT’s original vocalist James Dewar (RIP) for me is still the best he ever had singing for him but in Richard Watts he again has a golden voice in his band. Yet again Robin Trower has managed to impress me with his sound and songs. Fans of this living legend will be impressed!