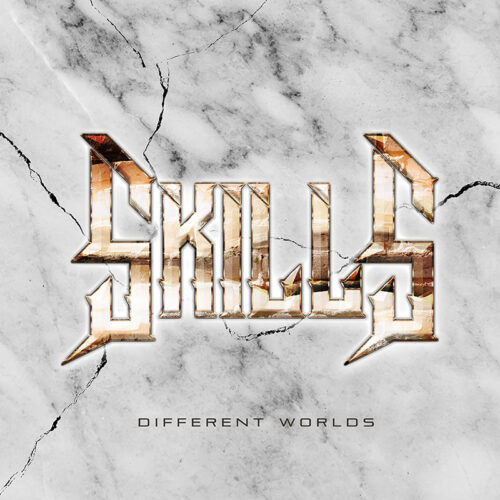 Calling this band Skills is certainly not a thing that is way over the top. The involved musicians in this by Frontiers boss Serafino Perugino cooked up ‘band’ do have a lot of skills, there can be no doubt about that. Singer Renan Zonta (Electric Mob/Brother To Brother), guitarist Brad Gillis (Night Ranger), drummer David Huff (Giant) and last not certainly not least bass animal Billy Sheehan (Talas, David Lee Roth, Sons Of Apollo, Mr. Big and The Winery Dogs) have earned their musical laurels in more than one occasion.

Perugino built this new ‘super group’ around the voice of Zonta, a guy that really impressed me on the first Electric Mob album. Add to that a certain Alessandro Del Vecchio on keys, backing vocals, co-writer and production and you have a team that is bound for glory. At least that is what you might expect with so much musical talent bundled together.

It seems to have become a trend that almost every month, between all the Frontiers releases, there is a new super group being launched. Last month we had Black Swan, next month you can expect the band Iconic. The brain and imagination of the Frontiers president must be in overdrive the last couple of years trying to put musicians together in a new project. Very recently I have read several comments on social media criticising the way the Italian label works. Things like that Frontiers is a factory where the workers produce more of the same and that in several cases the music comes across as forced while the sound is quite often repetitive and boring.

A MATTER OF TASTE

At the end of the day, it is all a matter of taste. Nobody is forcing anyone to buy or to listen to Skills or any other band on the label. But curious as I always am to see how some combinations work out, I had a very good listen and invested some time into Skills and their efforts. There is not that much to criticise really. Renan Zonta is absolutely a singing force on his own, on his way to establish his own reputation in this rock scene. It is like Dino Jelusick. Every now and then a raw talent puts his finger up and manages to impress. As does Zonta on ‘Different Worlds’ with his endless power, reach and his ability to create a great vocal melody. I always hope though that these boys stay away from overexposing themselves.

I am not completely sure, but I believe that the songs have come from different people outside the band with the exclusion of Zonta. Martin Andersen, Pete Alpenborg. Mister Del Vecchio and Gui Oliver (also a singing force of his own) have been main contributors, so it is a bit strange that Sheehan and Gillis after being in the business for decades just seem to function here as players. But that method is also part of the way the Frontiers label operates.

The musicians involved might not have the time as they have several others bands on the go and in order to keep things moving outside writers are being used. It is something that has always been done in music. I mean you can do a lot these days with internet, Skype and other means of communication and getting the guys all together at the same time in the studio might not always be possible. The way of how to record and write have changed dramatically.

Let us look at the result that the four musicians plus Alessandro Del Vecchio have put together. ‘Different Worlds’ is a highly ‘skilled’ record where the ingredients really mix well together. The songs are good, have enough stamina, variety and are accessible. Adding some keys in a fast rocker as ,,Blame It On The Night’’ turns out to be really efficient and gives the track more flavour and panache and Zonta is really letting it rip. Over the whole album Brad Gillis is super impressive with his licks, riffs and solos and he makes things good again after the last Night Ranger album was a bit under par for me.

With veterans like Gillis, Huff and Sheehan on board it is logical that the hard-edged music is fairly classic rock minded without sounding like any other band in particular. You might hear a shade of Purple and Whitesnake perhaps but in general Skills does not really copycat anyone. ‘Different Worlds’ might not really offer any new musical avenues but is as solid as a diamond and doesn’t forget to shine at moments.