Review | Tears Of The Wolf – TrIpTYcH – The Complete Legacy 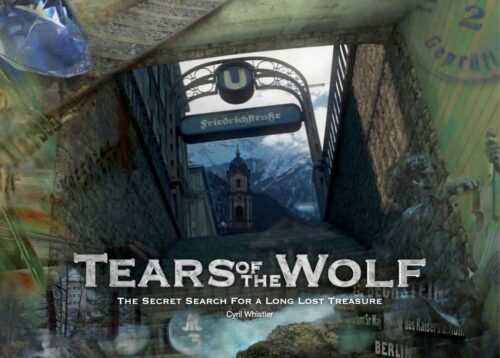 Review | Tears Of The Wolf – TrIpTYcH – The Complete Legacy

Dutch guitarist Cyril Whistler is a veteran in the local scene, being involved in the past with the band Whistler-Courbois-Whistler and Robby Valentine. Especially W.C.W., with current MSG-bassist Barend Courbois and brother Jusso Whistler (drums) was a classy act in their day and grossly underestimated by many.

This article is not so much a review. Some years ago Cyril released a book called ‘Tears Of The Wolf’. Through the years has added music and a film, making this a prestigious rock opera based on true stories. He released a Deluxe Boxset (in a very limited edition of 200). It includes Act 1 (The Origin) in vinyl format including ten songs), Act II (The Rock Opera) in CD-format (with twelve songs) and Act III (The Symphony) only on film.

The guestlist for this project is big. Musicians from the Netherlands and other European countries and the USA have played a part including Jusso Whistler, Lain Barbier, Robby Valentine, Bart Schwertmann and Bobo C Hebold (Rammstein), just to name a couple. From a rock opera you might expect a lot of bombast and complicated song constructions but that is not always the case here. Cyril has kept things in perspective, composing songs that you can follow and that are quite versatile. It is quite a project that has cost Cyril a few years writing, composing, researching, recording etcetera. For the essence of the story told (a hunt for a hidden treasure going on for centuries) you should check out the project’s website [HERE].

I am not sure about the availability of the product as apparently there were only 200 Box Sets made, but then you never know if you strike it lucky.