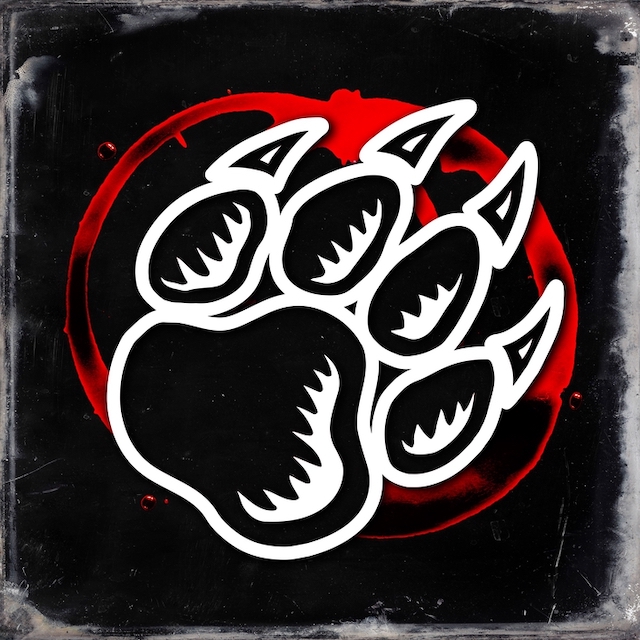 10 years ago, three of rock’s most acclaimed musicians joined forces for what soon would be the clarion call of true hard rock. With tone monster Billy Sheehan on bass and prog metal drummer extraordinaire Mike Portnoy hammering down one of metal’s most thunderous foundations, The Winery Dogs shot root deep in the classic rock vein of the most celebrated power trios. Completing the triple shot magic potion, Richie Kotzen laid down some of his finest fretboard magic to date, while enriching the tracks with his unique tone of voice matching the radiant stride of their music perfectly.

Accumulating the success of the self-titled debut, after extensive touring, the band grew together tightly with all gears interlocking on every level possible. The result was the chart busting second album `Hot Streak’, after which the band seemed to have dissolved, only to be heard of through spectacular live recording from Santiago as well as the `Dog Years’ EP and `Dog Treats’ collection. But rest assured: 2023 the dogs will storm from their kennel once again.

,,Xanadu” is the calling card for the new album that claws deep. The song, unlike many expected to bridge with that other power trio from Canada, instantly displayed The Winery Dogs return stronger than ever. Loaded with energy, the song combusts with spectacular musicianship and intense thrive, while its melodies and hooks grip deep. Kotzen bends his strings in Hendrix fashion, doodling out serious heavy metallic blues, stretching notes rich of soul and tone. His vocals are, more than ever, reminiscent to Chris Cornell’s injecting the right edge and tremendous appeal. His raspy soaring vocals ooze heartfelt soul while he gradually delves deeper beyond the fourth octave. Striking is his hum and wail, while his raspy tone adds to the low growls of Sheehan.

The vocal interaction builds for melody with Sheehan and Portnoy pushing the beat and tone over which the song’s melody and hook are so keenly crafted. Switching his most powerful throb and resonating chords, Sheehan injects tremendous energy to Portnoy’s versatile, proggy-tinged, dynamics and heavy groove. It all combusts with energy constantly, the ultimate ingredient of `III’.

Moving into ,,Mad World” Kotzen drips a bluesy chord in shred-headed tone wizardry, without losing the generics of its bluesy soul moan. Morphing the warm nesting melody, the song ignites midway with spectacular musical interaction and Kotzen roaring loud while pitching the higher registers. The short solos are pointy, unloading a dazzling selection of notes with Billy lining up to accompany in finest Sheehan tradition. It’s just spectacular how all this virtuoso playing sounds fresh and effective.

Setting the apart from the vast majority of power trios is their variety coming across genuinely generic and honest. ,,Breakthrough” pumps with loud biting riff and soaring vocals, while Sheehan and Portnoy stay close to the root. Little subdued in the melodic overhaul, both shine with subtle lustre in the song’s verses, colorful and rich, alternating beat and drive while maintaining its sturdy groove. Tightly connected running over the well lubricated gears as a groove machine.

Tapping a different vein, Richie rain soulful notes with Sheehan’s bass growling low in stereo over Mike’s action-packed drum excursive. Maintaining a classic beat as the backbone, he feverishly switches in his adding to the bass’s equally feverish runs. Welling into a fusion pit of power, the trio again makes the song scatter with headbanging allure, orbiting in the song’s breakdown.

The depth of his vocal performance is matched on the opening of ,,The Vengeance” unexpectedly drawing from The Who’s ,,Baba O’Riley” toned notes and a propelling riff Townsend riff being swung into action over the droning low bass chords. Slick melodic, the song rocks its groove and opens perfectly for the muscle-flexing reign of ,,Pharaoh” with Kotzen biting his roar and barking out loud vocals in the spectacular rhythmic alternating chorus. Underneath the rich solo, the drum and bass interaction is astounding. Sheehan and Portnoy are out of this world mashing up intricate drum and bass patterns with intensifying progression distracting from the soulful discharge of notes by Kotzen.

With the pedal going down, ,,Gaslight” is a true speed racer full of dynamics and Kotzen belting out a versatile powerful performance. Portnoy’s double kicked extravaganza is met by Sheehan’s turbulent licks and chords. There’s a ,,Shy Boy” vibe to the song, though it radiates with more of the original Talas turmoil before the shred magic is injected by Kotzen. ,,Gaslight” is spectacular with the band erupting once more on the powerhouse rocker ,,The Red Wine”, following the bluesy slow mover ,,Lorelei” which is a heartfelt atmospheric breather in the album. It makes for a grandiose ending to the third studio album of The Winery Dogs, underlining their marksmanship and musical extravagance with radiating confidence and stride.

The song packs insane power and laments with an appealing melody and chorus, without lacking a time change and break unexpectedly. It just gels well and emits the trio’s true pleasure of performing. Towards the end Kotzen blends classic Hendrix tone with the stretches Lifeson (Rush) vibe and extended tone bends, enriched by the progressive musical section Portnoy and Sheehan fire into orbit. It rotates on the hinges of 70s prog without touching the throbbing and bobbin’ psychedelic prog and power of 60s classic rock.

`III’ is the third exclamation point by one of the best bands ever to emerge from rock’s most acclaimed ranks. The Winery Dogs’ concoction of hard rocking blues makes for more than the expected, injecting the real meaning into power trio again. The songs are rich in tone and comprised of their insane skills and talents rustling up for magic, while focusing on creating memorable melodies and hooks that nest with the listener instantly. Making it feel generic and effective, everything is bold as brass with performances venturing to create unexpected magic in lush effective structures.

With `III’ The Winery Dogs are delivering a treat that keeps surprising after unpacking.