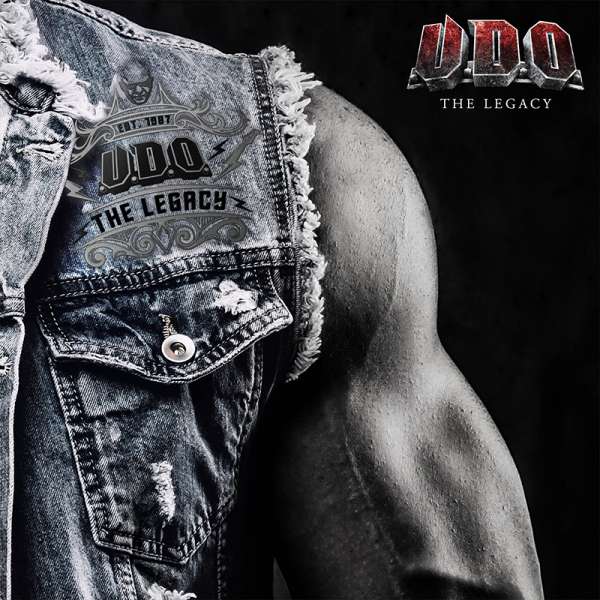 What can you say about singer Udo Dirkschneider that has not been said before? Front man of Accept, started his own band U.D.O. in 1987 after stepping away from Accept, had a spell under the moniker Dirkschneider to do some shows with only Accept songs, had his own record company and management team, celebrated his 70th birthday not so long ago and earlier this year released ‘My Way’, a CD with his version of songs that inspired him as a starting out musician. And he also did some work as Dirkschneider and the Old Gang.

Making some 17 albums under the U.D.O. banner in a time span of 35 years is a pretty stunning achievement if you ask me. Some 33 songs have been picked for ‘The Legacy’, a double-CD compilation looking back at the beginning with the album ‘Animal House’ to the most recent release ‘Game Over’ and all albums in between. All albums are represented here plus there are also four ‘relative’ unknown songs added (,,Wilder Life’’, ,,Dust And Rust’’, ,,What A Hell Of A Night’’ and ,,Falling Angels’’).

I can’t imagine that you are not familiar with the music of U.D.O. (unless you have been hiding in a cave for 35 years) as the man has built up a catalogue and a reputation as a true metal merchant that is almost second to none. Never ever Udo took cheap shots at trying to sound commercial or hip. It has always been true melodic heavy metal for him with that voice that is so remarkable, no compromises and no bullshit. But in case you are not too familiar with his music, here is your chance. It is not that ‘The Legacy’ is just filled with his most popular songs, but it does give a perfect picture of what he stands for.

After doing that cover-album ’My Way’ and now releasing a career spanning compilation maybe the question should be asked how his future looks like. He is not a spring chicken anymore so maybe retirement might be on his mind as he has nothing left to prove to anyone not even himself. But something tells me that he still got some gas in the tank and that we see him back in 2023 with a new U.D.O.-album plus tour.