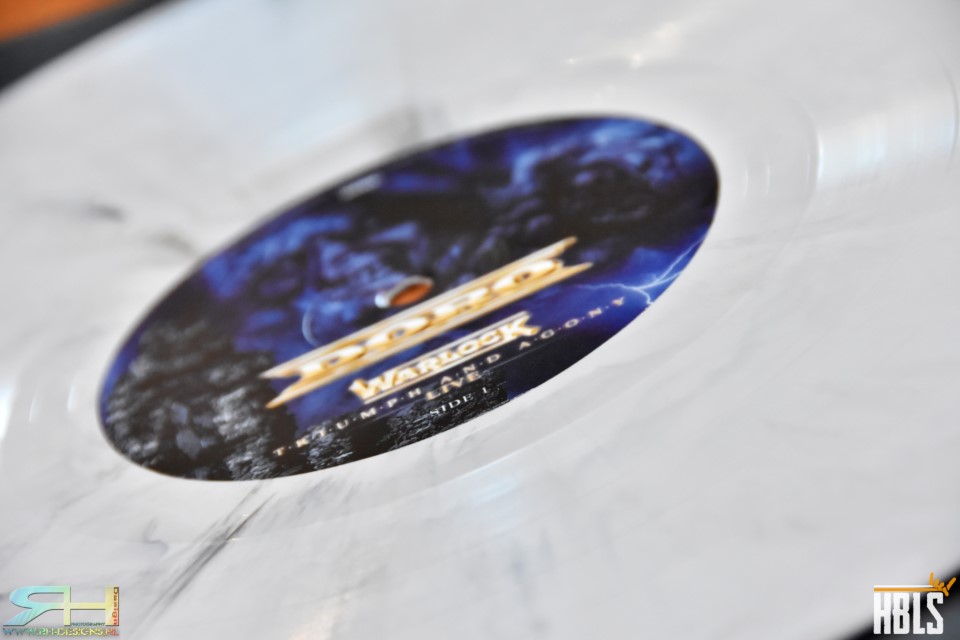 November 1, 2021 by Raymond Helebrand - More about our team

As a famous Dutch footballer once said: ‘Every advantage has its disadvantage’. That pretty much sums up what’s going on with the vinyl market right now.
For years, almost no vinyl records were released by the large nor small record companies. However, due to the great revival of this medium, the big companies are embracing this format again and turning it into their new source of extra income. These companies, that were not even interested in releasing records before, have divested most of the pressing plants with dramatic results.

Now, suddenly there is a huge ‘shortage’ in the market in terms of raw materials for the records and that should justify the extra high prices that are now being charged for releases. It is not exceptional that a new release should cost around 40 euros in the shops. The latest Iron Maiden release ‘Senjutsu’ (42 euros) or Metallica‘s recent ‘S&M 2’ (86 euros) are two examples of this. This is absolutely going in the wrong direction. Especially when you consider that a vinyl record in the 80s and 90s did cost around 25 guilders. Converted to the then exchange rate about 10 euros.

Even the second-hand vinyl market seems to be part of this madness at the moment. Just to mention one popular release. Savatage ‘Streets’, released in the early 90s, is offered for amounts around 130 euros plus postage. And you don’t even know for sure if the record and cover are of good quality. Altogether a worrying development which hopefully will soon normalize.

And while we are on the subject of Savatage. It is almost impossible to score a nice second-hand album from this band. Not to mention the prices that are asked. I am extremely happy that Edel Germany, through their EarMUSIC Classics line, is re-releasing Savatage’s complete back catalogue on vinyl. Complete with liner notes by the mountain king himself, Jon Oliva and extensive artwork, demos and more.

Also, the new 10″ release for ,,The Hourglass” was released. This is a beautiful limited edition 10″ picture disc [2000 copies only], of the song that is originally on ‘The Wake Of Magellan’ from 1997. And so never released on vinyl before. The illustration for the artwork was done by Gyula Havancsák and the sleeve design was done by Alexander Mertsch, who has done tons of work for numerous bands/ artists like Deep Purple, Alice Cooper, Saga, Gamma Ray, Tarja and the list goes on and on.

The single contains 3 songs, which are ,,The Hourglass’’ on side A and ,,Shotgun Innocence’’ and ,,Forever After’’ on the B-side. They were originally bonus tracks on the 1993 ‘Edge Of Thorns’ release.

Although the illustration is beautiful, the sleeve design could have been a bit more exciting, since the same illustration is used, for the front and back sleeve as well as for both sides of the picture disc. Other than that, I can only be happy with this release. Get it while you can!!

The second release I want to focus on is the LP version of Doro/Warlock‘s ‘Triumph And Agony Live’ via Doro’s own Rare Diamond Productions. The original 1987 artwork [by Geoffrey Gillespie] is completely re-done without losing its original vibe. Actually there are a lot of images from the show at the Sweden Rock Festival [where the record was recorded] in the artwork which is created in a beautiful and loving way, like the whole package is.

The full color inlay holds the lyrics from all the songs as well as the credits, thanks and more live shots. The vinyl itself is a limited edition, black/white marbled but it is also available in blue/white marbled. Doro’s fingerprint is all over this product and shows an artist who oversees the process for her releases from start to finish, you have to respect that.

The last one for this episode of the Vinyl Corner is ‘Wired’, the latest album by Swedish rockers Eclipse. This Crystal White record has been released through the band’s label Frontiers Music. Once again guitarist/singer Erik Mårtensson and his crew have managed to make an awesome melodic rock album that reveals all the strong elements of the band. The cover art they have chosen reminds me of that of the last AC/DC album [PWR/UP]. The backside of the gatefold cover reveals the names of the songs and the vinyl release has the exclusive vinyl bonus track ,,Ain’t No Fun’’.

On the inside of the cover you’ll find a collage of images of the band members [probably made during the recording process]. The full color inner sleeve shows us the song lyrics, thank you’s and credits on one side while on the other side there are more (slightly distorted) pictures of the band in full action. Anders Fästader [who also did the artwork for the latest W.E.T. album] signed for the artwork while Robin Elmgren provided the pictures.

Maybe I had hoped for more exciting artwork but the music on the album remains the most important and this band certainly scores a big pass for that. In the end, that is what counts!!!

This was another edition of the Vinyl Corner. See you next time.