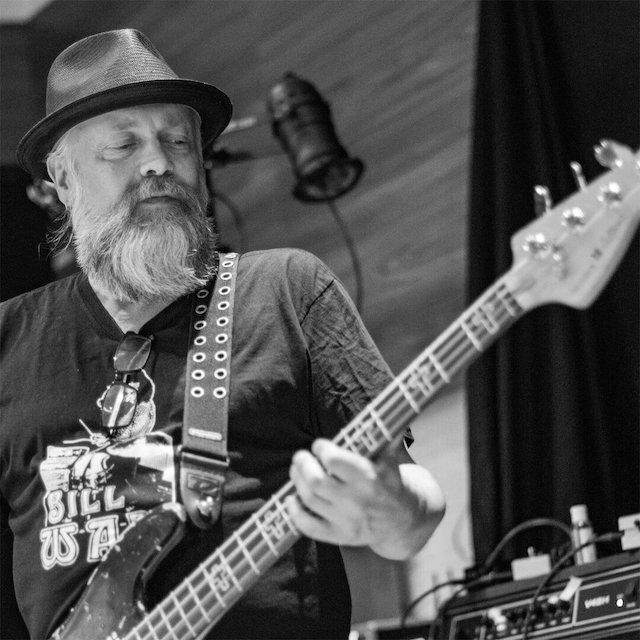 HBLS contributor Stan Novak recently had a chat with Candlemass bassist and mastermind Leif Edling on the band’s brand new album ‘Sweet Evil Sun’. The artistic and commercial success of 2019’s ‘The Door To Doom’ put the bar high but Edling, who has been diagnosed with Chronic Fatigue Syndrome, managed to compose another stellar Candlemass album. One that (due to his illness) took him eighteen months to complete but to great result. The future looks bright in doomland!

Wizard Of The Vortex
,,The perfect opener! I knew I had it when I came up with the riff. The rest of the song revealed itself to me. Lars [Johansson, lead guitars] did a great job on the solo. It’s about a guardian to the gates of hell who succumbs to the never-ending temptation from the dark side.’’

Sweet Evil Sun
,,The title track! It’s a song that I wrote in one hour. Sure, I did some arrangement work on it later but 99% was done pretty instantly. It contains a great riff and ditto chorus. On this one Lars probably pulled of his best solo on the album. It’s a song about hope, strive, ambition and failure. Like most of the song on the record.’’

Angel Battle
,,This might just be my favorite song on ‘Sweet Evil Sun’. It has a lovely opening riff, then it’s time to headbang a bit on the up-tempo/chorus part. The ending is a super heavy end with a narration by Kenneth Angers. Goosebumps!’’

Black Butterfly
,,This is our ,,Children of the Sea’’ on the new record. A very nice heavy song! Johan [Längqvist] does a great job with the vocals here, I think. It has an intense and cool mid-section and is inspired by a lot of things; the Israeli’s banned by pharaohs, the Germans stuck in Russia during WWII, some sci-fi film I saw where people had to abandon a whole planet…The exodus of the dead! Who’s gonna die and who’s gonna live… It also has some dark inspiration from the immigrant streams all over the world. Women, children, families that die on rafts going over the Mediterranean. Stuff like that.’’

When Death Sighs
,,Yeah! Great singing from Jennie-Ann Smith (Avatarium) here. Pure magic happens when Johan teams up with her in the chorus! Like Mark Lanegan and PJ Harvey on the ‘Bubblegum’ album. Some great harmonies there as well. One of my favorite moments on ‘Sweet Evil Sun’. Sometimes I feel like having death himself walking behind me. When is he gonna take me? Now, tomorrow, next month? I’m sure I exaggerate, but being burned out for such a long time really sucks!’’

Scandinavian Gods
,,Slayer meets Queen and Judas Priest! And, it’s not about Vikings at all. It’s about the fact that it is time for us to leave our old gods. Out with the old, in with the new. Clean out your old dirty closet! Build a new and better world! Together, united! Leave the old shit behind for future’s sake!’’

Devil Voodoo
,,A cool track! I love those steel drums in the chorus. I try to find odd stuff to add to the tracks here and there. Like these steel drums and Kenneth Angers’ narration in ,,Angel Battle’’, the keyboard in the chorus of ,,Sweet Evil Sun’’, the March Funebre part during the solo in ,,Wizard of the Vortex’’. Just things to catch the listeners attention even more. Make it even more interesting.’’

Crucified
,,My wife thinks it is about me being burned out and how I look upon our marriage but none of that. The inspiration for the lyrics came from a scene in ‘The Walking Dead’ tv series. Sometimes you just have to stop and think about tomorrow. Is there even a tomorrow? And what’s it gonna bring? Probably more problems, but somehow you just keep struggling on…I like the church bells, they really lift the song to another level. Like the videos did for ,,Scandinavian Gods’’ and ,,Sweet Evil Sun’’. Another dimension added.’’

Goddess
,,Riff-o-Rama! Epic and monumental! Good final (real) track on the album. About gods and humans, idolizing versus betrayal and disappointment. How would you act if your god is not YOUR god anymore? If you suddenly would discover that God was a woman, would you then burn her at the stake? Guess some people in some religions would… Cool song anyway!’’

A Cup Of Coffin (outro)
,,I thought the record couldn’t end with ,,Goddess’’ so I needed something to cool things off a bit. Came up with this riff that rounds everything off quite neatly, I think. I listened to it a few times and realized it needed something more. I had just gotten audio from some 2021 ‘Epicus Doomicus Metallicus’ and ‘Nightfall’ gigs on a stick and even though not all of it is record quality, there was some great atmosphere there that would add a nice touch to it.’’