Review | Altzi – All Eyes On Me 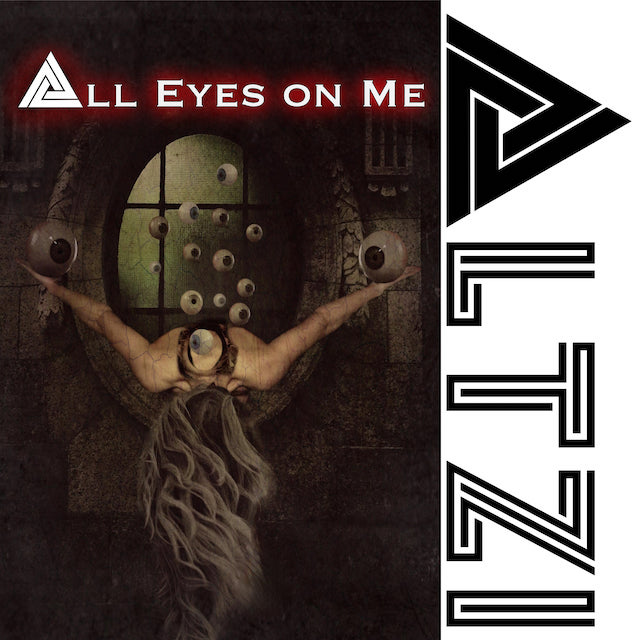 Review | Altzi – All Eyes On Me

Rick Altzi (real name Rickard Thornberg) has built up quite a reputation as a vocalist working with bands and artists like At Vance, Gathering Of Kings, Sandalinas, Masterplan, Heaven’s Trail and Herman Frank. I think it is safe to say that the Swedish singer has been a hired hand most of his career. This time things are different.

‘All Eyes On Me’ speaks for itself. It is Rick Altzi who is the centre person here, like Roland Grapow is for Masterplan, Barish Kepic for Heaven’s Trail or Herman Frank working under his own name. Altzi delivered some stunning work there as part of those groups. Now it is all about him on this fourteen-track album. One of the main persons contributing on this record is Pete Alpenborg who co-wrote the bulk of the material with Rick and Ulrick Lonqvist with also some assistance from Morgan Jensen. Alpenborg is also responsible for the guitar and keyboards bits but a whole bunch of known metal merchants have added guitar solos as well like Whitesnake’s Joel Hoekstra, Victor Ohlsson (Saffire/Gathering Of Kings), Magnus Karlsson (Primal Fear) and Andy LaRocque (of King Diamond fame).

The style on ‘All Eyes On Me’ can be described as metal meets melodic rock. Looking at the career of Rick Altzi and the projects and bands he has been involved with, it is quite a logical choice of style, but the balance between the two ‘styles’ is slightly disrupted. Rick has been able to use all his vocal possibilities to the fullest. What is also very important is that the man throughout the years has developed a certain sound that makes him stand out. He has got a voice in the vein of Jorn Lande, with a certain amount of heaviness that combines well with the melodic aspects and the depth in his voice. With other words when you hear Rick Altzi sing you know immediately that it is him. It is a certain recognisability that not everyone has in their repertoire.

Can you call ‘All Eyes On Me’ a summing up of Rick Altzi’s career so far? Yes, for a part you can as the album focusses a bit more on the melodic touch of Rick. When he works with Herman Frank the style is more straight forward in your face metal and that aspect is not being completely ignored with a song like ,,Tossin’ And Turnin’’’, but a few more tracks in that style would have been welcome.

The balance is now more in favour of melodic rock. Not that there is anything wrong with that but a more aggressive approach here and there certainly would not have hurt the album. It is just a little critical note from my part, having followed Rick for all these years. But if you are looking for a colourful melodic rock album with a top vocalist at the helm, look no further as ‘All Eyes On Me’ will be all you need. Very curious to find out what Rick’s next musical move will be.